Wilco Nienaber was the biggest hitter on the European Tour in 2021 and he is back with a vengeance at the Joburg Open. 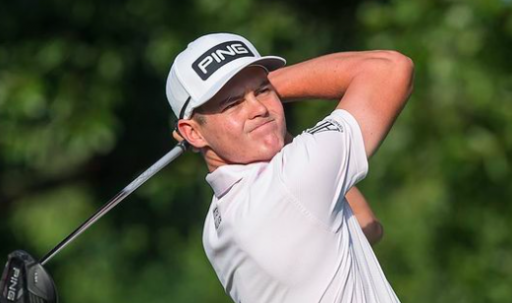 The Joburg Open is unsurprisingly dominated by a fleet of South African golfers looking to make a name for themselves each year at this event.

South Africa has a rich history of golf icons such as Gary Player, Ernie Els and Louis Oosthuizen and many of the players use these figures as their inspiration.

Randpark Golf Club is a stunning setting for this event and Dean Burmester leads the way in the betting markets, backed to win his third European Tour title.

Many of the tour's top players have taken the week off after the finale of the Race to Dubai as the festive season approaches, nonetheless, we still have a very competitive field for the Joburg Open.

Take a look at who we believe will go close this week.

Wilco Nienaber is one of the most exciting players on the DP World Tour and he thrills fans most with his long game. In the 2021 season, he averaged over 323 yards off the tee.

The 21-year-old came second to Joachim B. Hansen at this event last year and he impressively came sixth at the Acciona Open de España in October.

He is still looking for his breakthrough moment on the DP World Tour, but it would not be a shock if it came at Randpark this week.

George Coetzee won this tournament back in 2014 which was his first win on the DP World Tour. Since then, he has become one of the most consistent players on the circuit.

The 35-year-old finished in the top 10 just once this season on the DP World Tour, but he is a five-time winner that has good form at Randpark.

RELATED: BROOKS KOEPKA IS NO LONGER A FREE AGENT AFTER SIGNING FOR CLEVELAND/SRIXON

Matthew Jordan has been on the cusp of winning on the DP World Tour for the first time on numerous occasions in 2021.

He finished tied fifth at the Portugal Masters, tied fourth at the Omega European Masters and tied sixth at the Hero Open.

30/1 is a great price for a very consistent player who is on the brink of winning. He could become just the second Englishman to win the Joburg Open.

NEXT PAGE: TIGER WOODS: BETTING ODDS OF BIG CAT WINNING THE 2022 MASTERS HAVE BEEN LISTED