Collin Morikawa has won two major championships, the Race to Dubai and the Ryder Cup and he is just 24 years old. 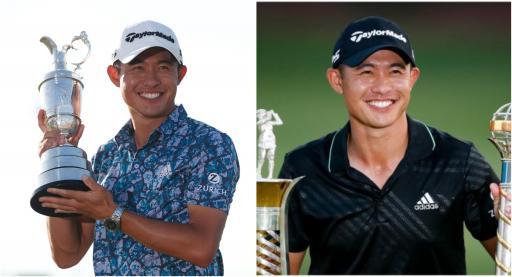 Collin Morikawa is arguably the best golfer in the world right now in Jon Rahm's absence, but it is only a matter of time until he holds this actual position permanently.

His win at the DP World Tour Championship and the Race to Dubai is just one of many achievements that many players dream of attaining in their careers.

Morikawa is ticking boxes as if they're nothing, as if it's too easy. The short period in which he has ticked all of these boxes make his progress even more staggering.

He turned professional in 2019. Just two years ago and he has already won The Open Championship and the PGA Championship.

RELATED: BRYSON DECHAMBEAU AS A TEEN: 14-YEAR-OLD WAS ALWAYS DESTINED FOR SUPERSTARDOM

His calmness under pressure and performance levels in the most prestigious tournaments are way beyond his years. The 24-year-old isn't phased by anything.

In his first 25 appearances on the PGA Tour from the 2019 season, he had more wins than missed cuts. In the 2020 season, he won the Workday Charity Open and his first major title at TPC Harding Park.

Morikawa has earned $15,377,988 which is already more than players such as Greg Norman, Angel Cabrera, Hal Sutton and Paul Azinger.

His performance at Royal St. George's in the summer was unquestionably his finest. His nerveless putting and shotmaking on the final day in Sandwich were comparable to seasoned veterans playing in their 20th championship.

The 24-year-old became the first player to win two majors at the first attempt. He also played both final rounds at these events without making a bogey.

He is the first American to win the Race to Dubai and he won the DP World Tour Championship convincingly. Players such as Matt Fitzpatrick, Rasmus Hojgaard and Rory McIlroy were blown out of the water.

He is baby-faced and innocent, but inside you find a brutal competitor. We saw this at Whistling Straits as he went unbeaten in four matches at his first Ryder Cup.

We are inclined to look ahead and think about what he could achieve. He has notched off two major championships, so the career grand slam comes to mind.

Legendary players such as Phil Mickelson, Sir Nick Faldo and Lee Trevino have won six major titles. This is surely a mark Morikawa will pass? He has only been a professional golfer for two years.

A sustained presence at the top of the world rankings I imagine will be on the cards too. Maybe not quite the 683 weeks that Tiger Woods has spent there in his career.

Nonetheless, his meteoric rise in the game draws a lot of parallels with Woods and my overriding point is: the sky is well and truly the limit.