Haotong Li made eight birdies and an eagle on day two of the Dutch Open. 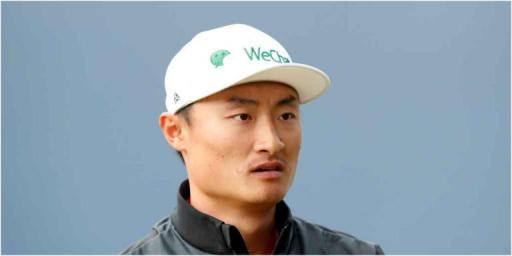 Haotong Li shot his third 63 of 2022 in the second round of the Dutch Open to move into contention for a hat-trick of wins on the DP World Tour.

Li, a two-time winner on the DP World Tour, began on the 10th hole at Bernardus Golf in the Netherlands on Friday and he made five birdies and his third eagle of the week in his first nine holes.

The Chinese star added birdies on the 3rd, 4th and 8th holes and his only blemish came on the 2nd hole. His round of 9-under-par lifted him to that very score for the week and one shot behind Portugal's Ricardo Gouveia, who carded a solid 66.

Li also recorded a 63 in the final round of the Ras al Khaimah Classic in February and in the first round of the Sony Open on the PGA Tour in January.

"I had a hot start in the first three holes and my putting was very hot today. I holed a lot of long putts and my game has come slowly back," Li said after his round.

"Yesterday, I think I played better off the tee than today, but at this course if you're off a little bit, it is so easy to have a bogey there so today, every ball was in a safe place and I created a lot of birdie chances from there."

Despite winning the Volvo China Open in 2016 and the Omega Dubai Desert Classic in 2018, the 26-year-old arguably stood out most during the 2017 Open Championship when he finished in outright third.

Matt Wallace has tried his arm on the PGA Tour this season but out of 14 events, he has missed nine cuts and only made one top-10.

He has returned to the DP World Tour this week as a four-time winner and he has shot rounds of 69 and 67 to currently sit in third place and just two shots back on 8-under par alongside in-form Adrian Meronk.

Guido Migliozzi, Ryan Fox and Victor Perez are all on 7-under-par after two rounds in the Netherlands in what is a high-standard, competitive leaderboard.

Next Page: Why Tiger Woods will carry on, according to one PGA Tour legend