How many LIV Golf rebels are playing at the Hero Dubai Desert Classic?

A number of LIV Golf players will tee it up at Emirates Golf Club this week as we edge closer to the Sports Resolutions UK hearing on February 6. 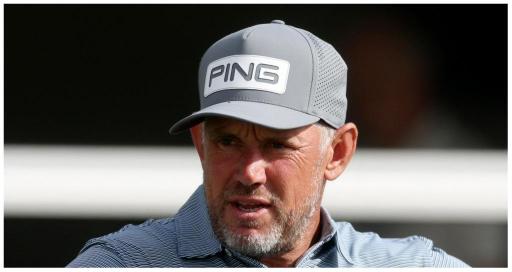 The DP World Tour revealed in a session with the media in Dubai that the hearing concerning player releases from last summer with Sports Resolutions UK will begin on February 6.

13 players are part of the arbitration case brought forward to the DP World Tour after they were suspended from the Genesis Scottish Open in 2022, as well as two other co-sanctioned events with the PGA Tour.

Sergio Garcia, Charl Schwartzel and Branden Grace have withdrawn from the case which is set to conclude on February 10. None of these three players is in the field at the Hero Dubai Desert Classic.

Until the verdict of the hearing in London, which will take weeks to be revealed after the end of the hearing, any player who is exempt is allowed to play in the second Rolex Series event of the year this week.

A number of LIV Golf players teed it up at the Abu Dhabi HSBC Championship. Richard Bland was the highest placed of Greg Norman's ranks by finishing tied for 10th.

Bland was one of a number of European players to make the controversial switch to the Saudi-financed league at the start of June last year. We could talk all day about the developments that have happened since.

Some figures from European golf claim the DP World Tour has changed for the worse, following the extension of the strategic alliance with the PGA Tour until 2035.

Westwood "wonders what it is" when discussing the quality of the fields in 2023's first two events, while legendary caddie Billy Foster says the Tour is "on its arse."