Hero Dubai Desert Classic: Can this 90/1 shot cause an upset on DP World Tour?

Rory McIlroy is the strong favourite to win the Hero Dubai Desert Classic again on the DP World Tour, but he will have a number of talented players on his coattails... 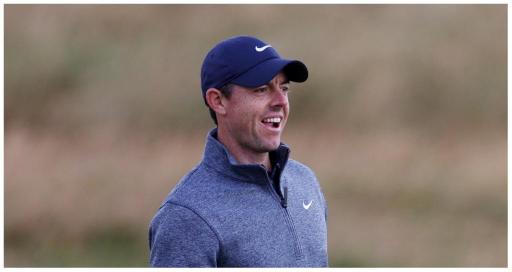 Rory McIlroy is back on the DP World Tour this week and back to golf in general in 2023, making his calendar year debut at a tournament he has won twice already.

The Northern Irishman has been grouped with Ryan Fox and Tommy Fleetwood in the first two rounds at Emirates Golf Club as he looks for his 15th win on the DP World Tour.

McIlroy's place at the top of the world rankings has become increasingly under threat with the brilliance of Jon Rahm on the PGA Tour, so the four-time major winner will likely need a good finish to hold back the Spanish tide.

Victor Perez is back this week for the second Rolex Series event of the year and he'll be looking for his second win of the year too, following his heroics at the Abu Dhabi HSBC Championship last week.

The Frenchman holed a great bunker shot on the par-3 17th hole at Yas Links to seal the deal. It was his third win on the Tour and an ideal start to a Ryder Cup year too.

Shane Lowry, Thomas Pieters and Tyrrell Hatton are back for more this week, but not defending champion Viktor Hovland. The young Norwegian beat LIV Golf player Richard Bland in a playoff this time last year.

Bland is one of a number of LIV Golf players in the field this week along with Patrick Reed, Lee Westwood, Henrik Stenson and Bernd Wiesberger.

Last week, GolfMagic managed to back Rahm to win The American Express and we have three fresh tips for the action in the UAE this week. You can listen to the From The Tips podcast on all your favourite platforms for more on our betting choices, or you can watch our YouTube video below:

This isn't the most adventurous tip of our collection, but McIlroy loves this course and venue. He won this event in 2009 and 2015 and finished second in 2018.

He is fresh from winning the FedEx Cup and returning to World No.1 as well as winning the DP World Tour rankings in November. He won on his last appearance at the CJ Cup in South Carolina in October too.

The four-time major champion juggled duties both on and off the course last season as a mouthpiece for the PGA Tour, which makes his form and his three victories in the states all the more impressive.

Min Woo Lee is an incredibly consistent and impressive performer on the DP World Tour. The Australian has finished in the top four in his last three starts, including a tied second finish last week.

Lee came third in Spain in back-to-back weeks at the end of last season and it is a wonder he didn't add to his two victories on the Tour in 2022. It is a delight to watch this man swing a golf club and this also showed at The Masters when he finished tied for 14th.

22/1 seems a very generous price for a player that seems to find himself near the top of the leaderboard on a regular basis. He is currently second in the DP World Tour rankings and although he only finished 32nd in the points list last year, this arguably didn't represent his form.

I found it baffling that Sepp Straka was 90/1. He won the Honda Classic in America last season and he also lost in a playoff at the FedEx St. Jude Championship to Will Zalatoris, an event that featured the best players on the planet.

The Austrian finished second at the Sanderson Farms Championship at the start of the American wrap-around season and he earned a spot in Tiger Woods' Hero World Challenge too.

Straka will be keen to impress European Ryder Cup captain Luke Donald in 2023 with the matches approaching in September. As a PGA Tour winner and a top-10 player in last year's Tour Championship, I'd say he is already in Donald's thoughts.