How much will the winner of the BMW PGA Championship earn at Wentworth?

We are set for an exciting end to the 2022 BMW PGA Championship with an abundance of the world's most recognisable golfers near the top of the leaderboard. 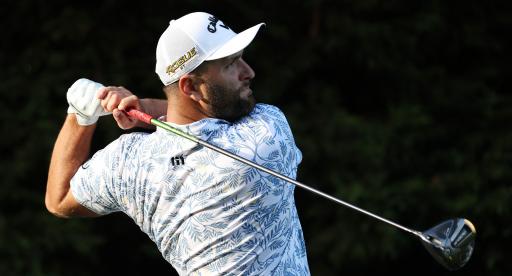 The BMW PGA Championship has had a completely different look in 2022 with a number of moving parts in the golf world turning the week at Wentworth into a highly-anticipated one.

18 LIV Golf players teed it up on Thursday in the first round of the DP World Tour's flagship event as the circuit still has its doors open to those who have made the controversial switch.

Ahead of the first day of play, Rory McIlroy, Billy Horschel and Shane Lowry all expressed opposition to the players on the Saudi-backed series participating in the event.

However, the tension has been minimal and more importantly, the golf has been superb. Heading into the final round, Viktor Hovland and Soren Kjeldsen held the joint lead on 12-under-par.

However, with the likes of Jon Rahm, Patrick Reed and Rory McIlroy going low in Sunday's final round, it promises to be a stunning end to the fourth Rolex Series event of the season.

Whoever picks up the famous trophy will earn $1,360,000, the lion's share of the $8 million total purse. The tournament was cut short to 54 holes following the death of Queen Elizabeth II.