The DP World Tour has broken its silence after the PGA Tour took action to suspend the Saudi golf rebels playing LIV Golf. 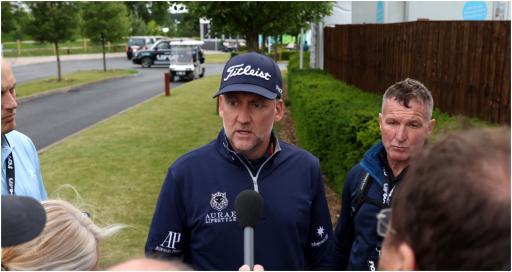 The DP World Tour has told Bunkered.co.uk that it is undecided on the fate of the LIV Golf rebels' status at the Genesis Scottish Open.

The circuit, formerly known as the European Tour, has stayed silent through the LIV Golf drama but the PGA Tour finally took action yesterday afternoon.

They are in a "strategic alliance" with American tour but are yet to announce what disciplinary measures - if any - they will introduce.

A spokesperson told bunkered.co.uk: "We are currently evaluating the overall situation and will clarify our position in relation to the Genesis Scottish Open ahead of the close of entries on Thursday, June 23."

The Genesis Scottish Open takes place at the Renaissance from July 7-10.

It is the first time the Genesis Scottish Open it will be co-sanctioned by the DP World Tour and the PGA Tour.

It means that the field will be split evenly between PGA Tour members and those who have status on the DP World Tour.

But the PGA Tour's decision to suspend players contesting in the LIV Golf Invitational Series means that it has forced their European partners to act.

That suspension came minutes after Dustin Johnson, Phil Mickelson and the rest of the Saudi rebels hit their first tee shots at Centurion Club.

Ryder Cup Europe icon Ian Poulter has said he will contest his suspension. Graeme McDowell has resigned from the PGA Tour.

The length of time the players have been suspended for is undisclosed.

Their suspensions prevent them from playing in all PGA Tour events, the Presidents Cup, and all tours sanctioned by the PGA Tour.

PGA Tour commissioner Jay Monahan has announced that players who have resigned their membership will also be removed from the FedEx Cup points list.

Players suspended are also not allowed to participate in PGA Tour events via sponsor exemption.

"I want to keep my membership," he said after his first round of the LIV Golf opener yesterday afternoon.

The news of bans will certainly put the Genesis Scottish Open in a bizarre position.

Will the DP World Tour players (Poulter etc) be unable to play because of their PGA Tour bans or able to if the European tour opts not to impose disciplinary measures?