Joburg Open reduced to 54 holes by DP World Tour, but should it be cancelled?

Thristan Lawrence holds a four-shot lead with just 18 holes left to play of the Joburg Open, which has been severely affected by new Covid-19 restrictions. 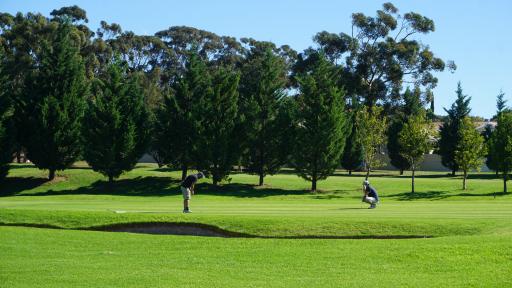 The Joburg Open has been marred with difficulty and confusion. It is now a 54-hole event with play on Sunday being cancelled to allow players to arrange their travel home.

In a statement released by The Sunshine Tour, DP World Tour and City of Johannesburg, they declared that Saturday's final round will begin at 9.30 am local time and they will use three balls and two-tee start times.

This is so non-South African players have an extra day to plan their travel home. Yesterday, South Africa was placed on the travel red list by the UK government due to a new Covid-19 variant being discovered.

Numerous players from England and Ireland withdrew from the second round on Friday in order to arrange their travel home, so now the tournament has been adjusted to 54 holes.

RELATED: BROOKS KOEPKA WINS THE MATCH WITH A DECISIVE VICTORY OVER BRYSON DECHAMBEAU

Thristan Lawrence currently holds a four-shot lead, so he will only have to see this out on Saturday to pick up his first win on the DP World Tour and to become the first-ever winner on the newly rebranded schedule.

The last group going through their preparations ahead of the third and final round #JoburgOpen pic.twitter.com/WwyCtFrjyp

As a result of the new travel restrictions placed on South Africa, the South African Open Championship will be solely sanctioned by the Sunshine Tour.

Also, the Alfred Dunhill Championship at Leopard Creek Country Club in December has been cancelled. It has been a difficult start for the DP World Tour, to say the least.

Many golf fans expressed their disappointment at the cancellation of this tournament and many expressed their concerns for the players and caddies who still remain in South Africa.

Let’s hope this variant is not as serious as the scientist are fearing.
Stay safe people

Such a shame for the start of the season …..

That’s a shame. Hope everyone stays healthy over there