For years he was known as the world's best golfer not to win a major, but how much money has he got? 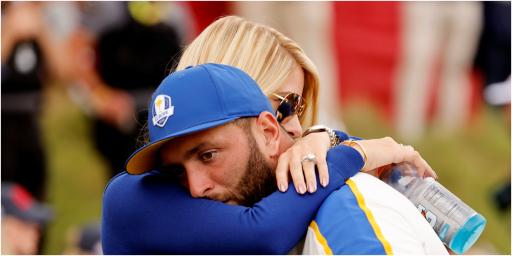 Jon Rahm has had major success on and off the course.

He's now won his first major, is the best golfer in the world and looks like he will be a giant for the European Ryder Cup teams for years.

The Spanish golfer was unfortunate not to win the PGA Tour Player of the Year after a simply sensational season.

He told how he had to play "f***ing amazing" to win a total of 3.5 points for Europe out of five matches at the Ryder Cup.

He's going for a three-peat at the Open de Espana when he pegs it up this week and is as short as 2/1 to win the title.

To put that into perspective, even in his heyday not even Tiger Woods could be found as short as those odds.

But how much is Rahm, 26, actually worth?

As of this year, Rahm has racked up approximately $22million in prizes from the PGA Tour and $16.5million from the European Tour.

He has several sponsors, too, but how much he will earn from them will be kept under wraps.

Had he not tested positive for COVID19 he would have likely won the Memorial Tournament in Ohio.

The first prize in that tournament was $1.67million while second was $1million.

So that's another chunk of cash he missed out on.

In June 2021, Rahm became the first Spanish golfer to win the U.S. Open.

In total, he has won six times on the PGA Tour.

On the European Tour he has won seven times.

Four of those were Rolex Series events with huge pay days.

RELATED: DECHAMBEAU VS KOEPKA IS HAPPENING

NEXT PAGE: THE REASON WHY TOM WATSON WARMS UP WITH HYBRIDS