DP World Tour members who played in the first event of the LIV Golf Invitational Series will be allowed to play at the BMW International Open in Germany. 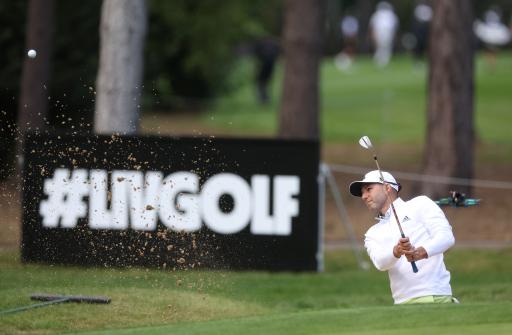 The DP World Tour members who played in the first event of the LIV Golf Invitational Series are set to tee it up at the BMW International Open in Germany this week.

The DP World Tour is set to announce whether they decide to punish players this week for defecting to the LIV Golf Series commissioned by Greg Norman.

The PGA Tour has suspended players such as Phil Mickelson, Dustin Johnson, Ian Poulter and Lee Westwood and will continue to suspend players who play in future LIV Golf events.

Despite forming a strategic alliance in 2020, the DP World Tour has been indecisive and conservative compared with the PGA Tour commissioner Jay Monahan's hardline stance.

In a memo to the DP World Tour membership, CEO Keith Pelley asserted that although the alliance exists, they will assess the impact that the event at Centurion Golf Club and the Asian Tour had on the Scandinavian Mixed and the BMW International Open this week.

It was rumoured that Pelley was on-site in Hertfordshire for the inaugural event of the breakaway series, but this was dismissed as categorically untrue.

June 24 is the supposed date when the DP World Tour is set to decide on potential punishment. This could certainly be another turbulent week in the short history of the LIV Golf Series.

PGA Tour winner Abraham Ancer is strongly rumoured to have committed to the rebel series and according to further reports, a multiple major winner is set to sign up too.

This could align with speculation about Bubba Watson becoming a LIV Golfer for the next event in Portland on June 30, while there have been whispers of Collin Morikawa succumbing to the millions being offered by the Public Investment Fund of Saudi Arabia.

Bryson DeChambeau, Patrick Reed and Pat Perez have been publicly confirmed for the next event at Pumpkin Ridge and we are set to learn of new names throughout this week.