Matt Wallace is looking for his first win on the DP World Tour since the Made in Denmark in 2018 at Bernardus Golf in the Netherlands. 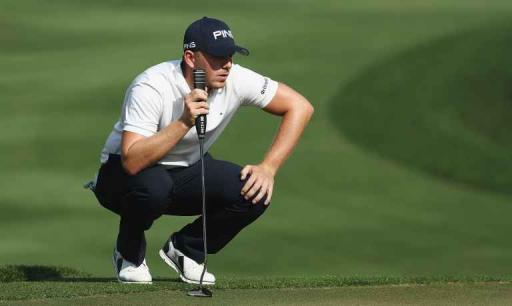 Matt Wallace has been long out of the winner's circle while attempting to conquer the PGA Tour, but he is back in fine form at the Dutch Open this week.

After the third round on Saturday, Wallace shared the lead with Frenchman Victor Perez with a round of 70 at Bernardus Golf in Cromvoirt.

Wallace has not won on the DP World Tour since the Made in Denmark in 2018 which was the year the Englishman won three times and flirted with selection for the Ryder Cup.

Just as he did on Friday, Wallace birdied the 18th hole to make sure he would be in the final group with Perez who shot a 69 of his own on day three.

Wallace was pleased with his scoring in the second round and on Saturday, he added four more birdies to continue his pursuit of a fifth win on the DP World Tour.

Related: Our BEST BETS of the weekend at Charles Schwab Challenge

Moving day got off to the best of starts for @v_perez2
#DutchOpen2022pic.twitter.com/6QUvEJknWZ

The 32-year-old has missed nine cuts in 14 starts on the PGA Tour and he has only managed three top-25s and one top-10 finish too.

Wallace and Perez lead by one shot from a group of four players on 9-under-par, one being the in-form Ryan Fox. Fox shot his second 70 of the week to contend yet again.

The man from New Zealand is arguably the most consistent player on the DP World Tour right now. He has made four top-10s in his last six appearances, including a win at the Ras al Khaimah Classic.

He is in tied third place alongside Scott Hend, Sebastian Soderberg and Guido Migliozzi. Migliozzi is yet to finish in the top-10 in 2022, but he is in a good position to win his third DP World Tour title.

Despite such a good start in the first round, Eddie Pepperell has recorded back-to-back rounds of 73 since to finish on 4-under-par heading into Sunday.