The LIV Golf Invitational Series was set to announce its field for the first event on Friday, but no such announcement came. 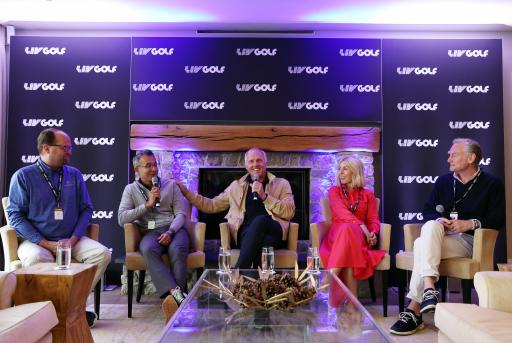 The LIV Golf Invitational Series has been a concept of complete mystery since its inception and the uncertainty increased on Friday when the first event's field news was delayed.

The golf world waited all day holding its breath, contemplating which players committed to the event at the Centurion Club on June 9.

The full field is set to be announced soon, however after another delay from the much-rumoured May 27, it is not clear when the first of eight events will have its 48 players revealed.

We know that the majority of the world's best golfers have wholly rejected the LIV Golf Invitational Series, which is why there is such intrigue as to who will play.

Players such as Jon Rahm, Bryson DeChambeau, Rory McIlroy and Justin Thomas have publically rejected the series which is being commissioned by Greg Norman and bankrolled by the Public Investment Fund of Saudi Arabia.

Related: Nelly Korda to return at US Women's Open after blood clot surgery

However, players such as Lee Westwood and Richard Bland requested releases to play in the first event near London, releases that were rejected by the DP World Tour and the PGA Tour.

Then there is the matter of Phil Mickelson. Will he double-down on his collusion with the Saudis that led to his exile from the PGA Tour and still play in the LIV Golf Series?

Rickie Fowler has left it up in the air on his participation and the likes of Louis Oosthuizen, Ian Poulter and Martin Kaymer are also rumoured to be interested.

According to James Corrigan of The Telegraph, former US Open champion Graeme McDowell is having "second thoughts" on his decision to play. Could indecision among the field be the reason for the delay?

The days are ticking over until the event begins at Centurion. The LIV Golf Invitational Series can't promise the same standard of golf as the PGA Tour, but it certainly has us gripped so far.