England's Matthew Jordan shot a solid score of 2-under-par at Doha Golf Club on Saturday to share the lead on 8-under-par with Adrian Meronk. 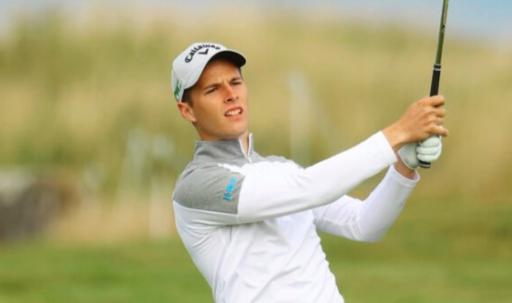 Matthew Jordan has a great chance to seal his first victory on the DP World Tour as he shares the lead with one round left of the Commercial Bank Qatar Masters.

Jordan is currently ranked at number 282 in the world, but his 2-under-par 70 helped him to reach 8-under-par after 54 holes to tie with Adrian Meronk.

Beginning the day three shots behind the halfway leader Pablo Larrazabal, Jordan started his third round with three bogeys in his first eight holes.

Jordan hasn't finished in the top 10 yet on the DP World Tour in 2022. In 2021, he came closest to his first win at the Omega European Masters where he came tied fourth.

Related: Tyrrell Hatton fuming as group behind HIT THROUGH HIM at WGC Match Play

"I find the front nine is probably tougher, fewer chances anyway. I wasn't doing too much wrong but I couldn't get up and down and I couldn't hit fairways," Jordan said after play on Saturday.

"It wasn't quite happening, but I knew I wasn't that far off so I just kept going because you had to and fortunately enough, it all started to click."

He is tied with Poland's Meronk who has shot ascending rounds of 66, 70 and 72. He is also looking for his first win on the circuit.

The pair are one shot clear of Kalle Samooja and two shots clear of overnight leader Larrazabal, his fellow Spaniard Adrian Otaegui and the big-hitting Wilco Nienaber.

Larrazabal looked on course for his seventh win on the DP World Tour, but now he is three shots adrift after his third-round score of 3-over-par.