Pablo Larrazabal won the MyGolfLife Open in South Africa two weeks ago and he was on hot form again on Thursday in Qatar. 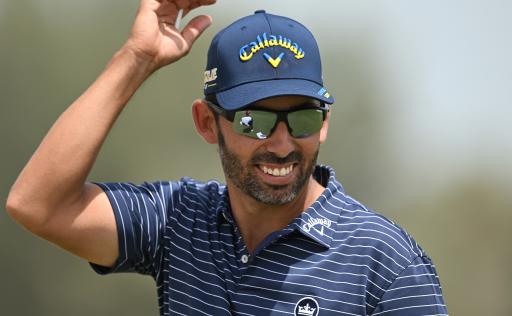 Pablo Larrazabal posted a superb 64 at Doha Golf Club to open up a two-stroke lead after the first round of the Commercial Bank Qatar Masters.

The Spaniard, who secured his sixth DP World Tour title at the MyGolfLife Open hosted by Pecanwood two weeks ago, started on the back nine and made the turn in 6-under-par, before adding two more birdies on the way in to set the target at 8-under-par.

That first-round total proved to be unbeatable and the 38-year-old leads from Denmark’s Marcus Helligkilde, Frenchman Romain Langasque, Poland’s Adrian Meronk and Shubhankar Sharma of India on 6-under-par.

Helligkilde carded four birdies in his final six holes to join that group in a tie for second, with two players - Scotland’s Ewen Ferguson and Englishman Robert Rock - a shot further back in a tie for sixth place on 5-under-par.

Defending champion Antoine Rozner, who won his second DP World Tour title at Education City Golf Club last year, is among a group of seven players a shot further back in a tie for eighth place.

"I’m very pleased. I played very solid. I missed only a couple of shots. I did an up and down there on the last green which I missed, but happy days," said Larrazabal on Thursday.

"It’s been a couple of nice weeks. I missed the cut last week but I played very solid golf and today we keep doing the job.

"The conditions are great. When you come to a golf course that they’ve really changed, and they’ve not only changed it for us, they’ve changed for this course for amateur golf.

"I’m sure the members here enjoy it a lot more and obviously there are a lot more pin positions for us. I think they did a great job and it’s looking magnificent."

Next Page: Augusta "strongly encouraged" Phil Mickelson "not to come" to The Masters