Shaun Norris completed a three-shot victory in front of his home crowd in Johannesburg to win for the first time in his DP World Tour career. 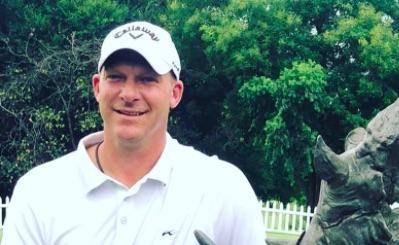 Shaun Norris won in style for the first time on the DP World Tour by storming to a three-shot victory at the Steyn City Championship.

After 20 years of being a professional golfer, Norris finally got it done in front of his home fans at The Club at Steyn City in Johannesburg.

It was a 1-2-3 for South Africa this weekend as Norris finished three shots clear ahead of Dean Burmester in second place and Oliver Bekker in tied third.

Related: This Sam Burns record at the Valspar Championship is AMAZING!

Norris' victory was complemented by a superb round of 10-under-par on Friday. It took until the 11th hole in his third round for him to make his first bogey of the week.

The 39-year-old began the fourth and final round with a four-shot lead on 23-under-par ahead of Burmester. German Matti Schmid was one shot further back on 18-under-par.

Norris started slowly. He made two bogeys in his opening four holes to fall back to 21-under-par. However, he made four birdies on the back nine to card a solid 2-under-par 70 and he finished on 25-under-par.

Burmester, a two-time winner on the DP World Tour, made two early birdies and a fantastic eagle on the par-4 7th hole to ignite his challenge. But he met trouble on the par-4 17th where he made a double-bogey.

Bekker shot a 5-under-par 67 to finish six shots behind alongside Schmid who could only manage a 1-under-par 71 on Sunday.