Scott Jamieson remained out in front at the weather affected ISPS Handa Championship on the DP World Tour. 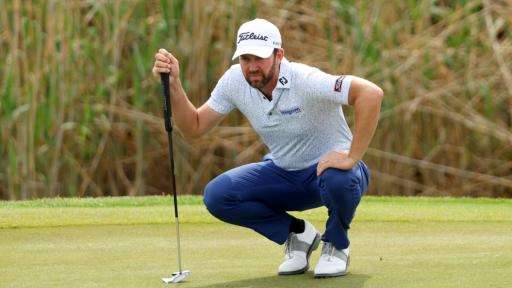 Scotland’s Scott Jamieson remained out in front at the ISPS Handa Championship in Spain with the third round delayed due to dangerous weather.

Jamieson is trying to earn his first title in 10 years and is one stroke clear of the chasing pack.

He had a tough start as the 38-year-old made bogey at the first but he got the stroke back at the third to get to 11-under for the tournament.

Canada’s Aaron Cockerill was the best player on Saturday as he carded six birdies and an eagle up the 18th on his way to a stunning eight-under 62 to get to 10-under.

As many as eight players are on eight-under par including England’s Jack Senior and Scotland’s David Law who are yet to complete their rounds.

Play will resume in Tarragona at 8am local time on Sunday before the fourth round begins at around 11.30am. It means that Jamieson will have to play 31 holes in a day.

He told the DP World Tour: "It was another great day. Yesterday after five weeks off I was a little unsure about what I was going to get but it was a solid day and today was even better.

"[It was] pretty similar but I holed one or two more putts and managed to chip in on 15 and then hole a putt from off the green on 18.

"This year I seem to be coming out of the gates very well, I've had some good starts so far and I think it's easier to play the golf course the first two rounds because you're not necessarily playing other people at that point.

"It gets tougher as the tournament goes on so hopefully, I can do a good job of continuing to play the golf course."