Patrick Reed gets off to a slow start on day one at the Open de France. 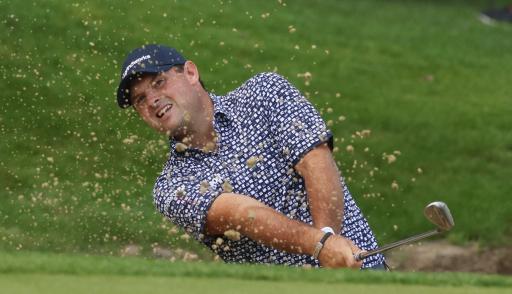 LIV Golf's Patrick Reed slumped to a disappointing finish on day one of the Open de France on the DP World Tour by playing the last four holes in 5-over par at Le Golf National.

Reed yesterday told Ben Cadiou at Journal du Golf that it was a "slap in the face" not to have been invited to a pre-tournament press conference at the Open de France.

The Honorary Lifetime DP World Tour member was also frustrated to have been "hidden" from the marquee groups.

Reed had moved right into contention on the leaderboard at 3-under par thru 14 holes on day one of the Open de France.

But as can so often happen on the tough closing four-hole stretch at Le Golf National, which memorably played host to the 2018 Ryder Cup, rounds of golf can quickly come unstuck.

That is exactly what happened to Reed.

The 2018 Masters champion found water with his approach shot into the par-4 15th en route to a double-bogey six.

He then sailed the green with his approach shot from out of the rough into the 18th, fortunately coming up just shy of the water guarding the green, and then chipped his ball into the greenside bunker.

To his credit, he got up and down from sand to avoid another double-bogey six but it meant he played the last four holes in 5-over par.

That all added up to a round of 2-over 73 giving Reed plenty to do if he is haul himself back into contention for a fourth title on the DP World Tour.

Denmark's Rasmus Hojgaard fired a brilliant 9-under 62 to open up a two-shot lead over Sweden's Alex Bjork in the opening round.

That marked a fourth consecutive win for the 4 Aces GC, captained by Dustin Johnson.

Reed has confirmed that he will be teeing it up in the Alfred Dunhill Links Championship at St Andrews next week, meaning he will have played in three of the last four DP World Tour events on the schedule.

In total, there will be 12 current LIV Golf players in action at the Home of Golf next week where Rory McIlroy headlines the field.

Next Page: PGA Tour boss says any cooperation with LIV Golf is "off the table"