Rory McIlroy is playing at the Abu Dhabi HSBC Championship this week. Could he right the wrongs of the DP World Tour Championship in November? 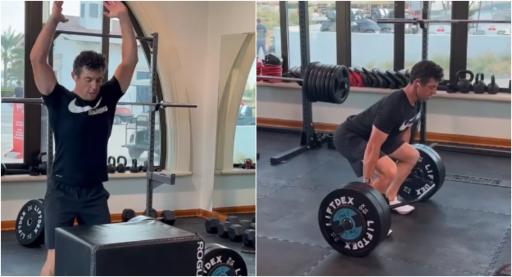 Rory McIlroy is set to make his 2022 reappearance this week at the Abu Dhabi HSBC Championship and he has left no stone unturned in his preparation.

In footage posted by the DP World Tour, entering an exciting new realm of golf this year as well, McIlroy is working intensely in the gym in the UAE.

After lifting what look to be extremely heavy and challenging weights, the Northern Irishman moves on to the box jump apparatus. Just watching McIlroy puts me out of breath.

McIlroy has won 14 times on the DP World Tour and four of these wins have come in the Middle East. He is back in the region where he simply loves performing.

Back in November, the four-time major champion bogeyed three of his last four holes at the DP World Tour Championship in Dubai.

Afterwards, McIlroy was in a state of rage as Collin Morikawa went on to become the first American to win the Race to Dubai, eventually completing a three-shot win.

But much like Morikawa, McIlroy is back and he looked in good spirits when playing in a practise round with fellow Open champion Shane Lowry and 2021 Ryder Cup captain Padraig Harrington.

So far in the footage posted by the DP World Tour, Yas Links in Abu Dhabi looks in immaculate condition and McIlroy will hope he can win this event for the first time.

He will tee it up tomorrow morning alongside 2020 champion Lee Westwood and defending champion Tyrrell Hatton, who won by four shots last year.

NEXT PAGE: HENRIK STENSON GIVEN ULTIMATUM OVER 2023 RYDER CUP CAPTAINCY