Tommy Fleetwood looking to put 'forgettable' 2021 behind him

Tommy Fleetwood is looking to put a poor 2021 behind him as he turns 31 years old ahead of the HSBC Abu Dhabi Championship. 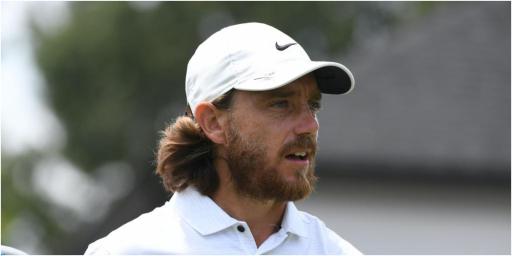 Tommy Fleetwood is looking to put an 'annoying' 2021 behind him as he celebrates turning 31 years old.

Fleetwood struggled on the PGA Tour last season and his year was summed up by a frustrating defeat in the Ryder Cup at Whistling Straits.

He "lost" his playing rights in the United States but his schedule, organised by wife and manager Clare, is pretty much unaffected in 2022.

There is no doubt when he is on his game Fleetwood is one of the better players in the world, with immaculate ball striking.

Rarely have we seen him not in the mix for a major. We all know what the next step is, though.

Related: How much is Tommy Fleetwood worth?

Unfortunately for Fleetwood he has also adopted that unfortunate moniker of being one of the best yet to win a major.

Of course 2022 could change that. Two months after a flat finish at the DP World Tour Championship, he's ready to go again.

Last year wasn't "horrendous", he told the media before he opens up 2022 at the HSBC Abu Dhabi Championship.

But by the year's end, he was ready to put the clubs away as there was rarely a tournament when he felt comfortable with his game, he said.

"No matter where you play now, the standard of golf is high. The margin for error is so small. So you're not going to get away with playing mediocre. You have to turn up and give it some form of your best or highest level to compete with everyone out here."

“Last year was annoying because it went on so long. But it's a fine balance. If you're not hard on yourself you never get to where you want to be.

"But if you're too hard you can go the other way and get into bad habits. Half the field make the game look easy and it's disappointing when you're in the other half and it's a struggle.

"2021 wasn't horrendous by any means but definitely forgettable. I was only rarely at a tournament where I felt confident with my game.