Henrik Stenson is one of the favourites to lead the European team in 2023 but is said to have been told to make up his mind. 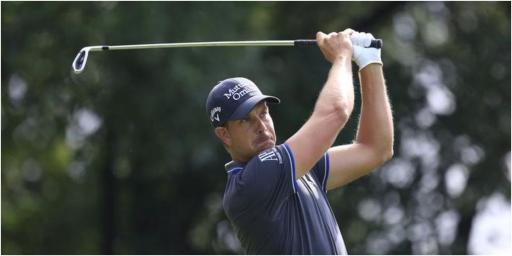 Henrik Stenson has reportedly been told he faces an ultimatum over his potential Ryder Cup captaincy.

That ultimatum? Choose between the Saudi Super Golf League money or the chance to lead out the men in blue and gold in 2023.

This was first reported by James Corrigan in the Daily Telegraph, quoting a source close to the 45-year-old swede.

The piece outlines how the selection panel has delayed naming the chief of the European side until the end of February.

Related: Lee Westwood the change he would make in 2023

Related: How a putter grip caused controversy at Whistling Straits

Stenson is scheduled to play the Saudi International next month which has continually drawn controversy over its human rights abuses.

Players are being accused of being stooges for the regime as they attempt to sportswash the many issues it has.

"I'm not a politician," claim several players. "We're just trying to grow the game," others echo.

Graeme McDowell is one of the favourites to take over the side in 2027 as it is being held at Adare Manor in County Limerick.

Lee Westwood has already distanced himself from the 2023 role as he still harbours dreams to actually represent the team as a player.

The global Super Golf League could still potentially happen, a concept that has sent shockwaves through the golf world.

"It's complicated not only by the huge amounts on offer.This [captaincy] could be his one and only chance with so many big Europe figures about to come into the picture for future matches."

Stenson would no doubt be a fine choice considering the vast experience he has as player (and a winning one at that).

Robert Karlsson also has a strong case to lead the team at the Marco Simone Golf and Country Club.

One thing is for sure, though.

Stenson is familiar with ultimatums:

Your wife vs. Your 3-wood

Which would @henrikstenson choose if he could only have one?? pic.twitter.com/6zFGWishcT