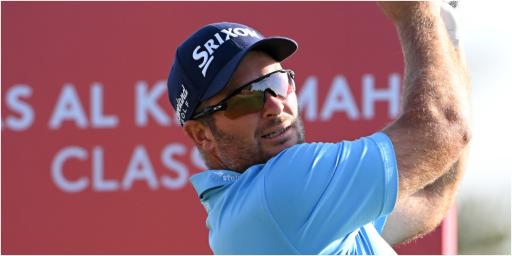 New Zealand's Ryan Fox carded the best round of his DP World Career to take the day one lead at the Ras Al Khaimah Classic.

Fox fired a 9-under 63 at Al Hamra Golf Club and holds a two stroke lead over Portugal's Ricardo Gouveia.

Despite suffering with a back injury last week, Fox looks well as he made 10 birdies and a solitary bogey which saw him rise to the top.

This is only the third time he has held the first round lead in the entirety of his DP World Tour career.

A touch of class from @blandy73

He makes his fifth birdie of the day at 12.#RakGolfChamps pic.twitter.com/utpXOWm5BO

England's Richard Bland has started well again. He recently lost in a playoff to Viktor Hovlad at the Dubai Desert Classic after Rory McIlroy crumbled down the stretch.

Scotland's Bob MacIntyre finds himself on the same score as Bland (6-under) after 18 holes.

South Africa's Brandon Stone had an unfortunate finish. He went for the green with his second shot at the par-5 18th.

But unfortunately he sliced it high and right into the water. The aftermath was not pretty. He was seen launching his fairway wood into the turf.

His round, however, did include a wonderful hole out for eagle at the fifth hole.