Ryan Fox will take a three shot lead going into the weekend at the Ras Al Khaimah Classic. 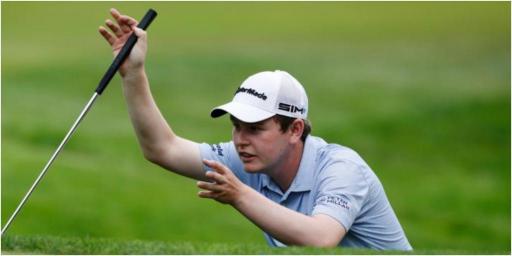 New Zealand's Ryan Fox will take a three shot lead going into the weekend at the Ras Al Khaimah Classic.

Only a week ago Fox missed the cut by one stroke due to a back issue, but clearly he is not letting that affect him.

An opening round of 9-under 63 was followed by a 3-under 69 at Al Hamra Golf Club on the DP World Tour.

Elsewhere, Scotland's Bob MacIntyre and Connor Syme are in the chasing pack, only a few strokes off the pace.

The plaudits of day two go to South Africa's Oliver Bekker, who tied the course record with a 62. He made nine birdies, one eagle and frustratingly dropped one stroke at the fifth hole.

Fox reached the turn in 34 strokes and even managed a hole out by the 12th green. His lead was reduced when he found the water off the tee up the last.

"It was a bit scrappier than yesterday," Fox said. "I didn't drive it quite as well, was a little sloppy hitting in the water on the last - that doesn't help - but hit my irons really good and gave myself plenty of chances."

The highest ranked player in the field is Richard Bland and is five strokes behind the lead. Rasmus Hojgaard is not too far back.

Hojgaard did this, too: