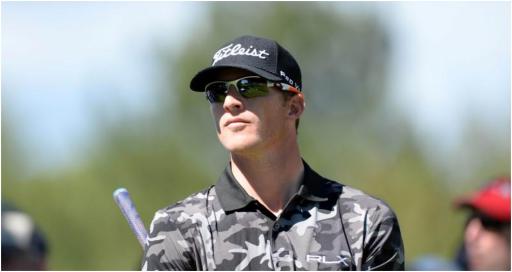 Morgan Hoffmann is set to return to the PGA Tour this week at RBC Heritage after a hiatus that has lasted more than two years.

The 32-year-old has not played in a competitive round since October 2019 when he stepped away from the game for health reasons.

Hoffmann revealed in a post for The Players' Tribune in December 2017 that he was battling muscular dystrophy, an incurable disease.

He wrote how it was in 2011 he noticed that his right pectoral muscle was deteriorating so he sought the help of specialists.

The diagnosis floored him when he was told there was no cure. The rest of the conversation was like a blur, he said.

Hoffmann, who is typically a private individual, ended his piece in the Tribune by saying that he had found his calling: "And it's far beyond golf".

Since then his life has been interesting, to say the least.

Fast-forward to earlier in the year and Golf Digest's staff writer Dan Rapaport tracked down Hoffmann where he was living off-grid in a jungle in Costa Rica.

He had embedded himself among a community of healers to undertake drastic treatment methods.

Hoffmann told the publication he had given up all animal products and embarked upon a raw diet. No processed or cooked foods were consumed.

There were tales of eating grapes only for a 17-day period. His neighbour was a kung-fu master who rode around town on a horse, wearing a robe and a sword on his hip, smoking a joint.

Hoffmann was granted a major medical exemption to get into the field at Harbour Town Golf Links.

He has three starts remaining on the exemption and needs 238 FedEx Cup points before the end of the season to regain full playing rights.

Alternatively, there is the option that he could play the Korn Ferry Tour finals and earn enough points there.

Hoffmann is a former World No.1 amateur. His best PGA Tour finish came at the 2017 Honda Classic when he finished second.

In 2021, he was awarded the PGA Tour Courage Award for his work with the Morgan Hoffmann Foundation.

He was the fourth recipient of the award, joining Erik Compton, Jarod Lyle and Gene Sauers.