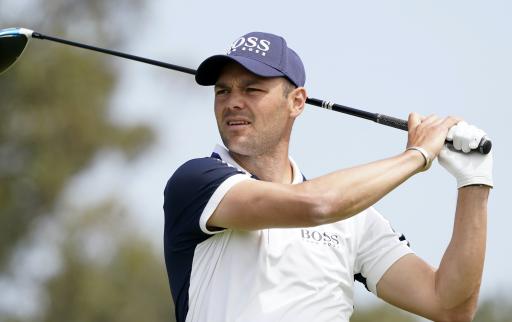 Martin Kaymer and his partner Irene Scholz have welcomed their first child into the world. Their baby boy Sam was born in Dusseldorf.

Both Kaymer and Scholz took to Instagram to express their delight at the safe birth of Sam. He was born in Germany where the pair both come from.

"There are good moments and not so good moments in life, but then, there are those moments, that are indescribable. Incredible Mother makes incredible child, our Son, Sam Kaymer," wrote Kaymer on his Instagram page.

In November, the two-time major champion revealed that he was going to take three months away from competitive golf to support his partner through her pregnancy.

RELATED: HOT HIDEKI MATSUYAMA: DO THE STATS SHOW THE WAY FOR HIS EIGHTH PGA TOUR WIN?

Kaymer also revealed that his new family will look to live in Florida after the birth and he aims to return to the DP World Tour and the PGA Tour in March.

The commuting between America and Europe had taken its toll on the German last season. But now, he and Irene are absolutely delighted to welcome their son Sam into their lives.

The 37-year-old could use this as inspiration as he had a difficult season in 2021. He only managed two top-10 finishes in 2021 on the DP World Tour.

The former World No. 1 was at the peak of his powers when he won the PGA Championship in 2010. He also won the US Open by eight shots in 2014.

Coincidentally, Jordan Spieth and his wife Annie announced the birth of their first child back in November and also chose the name, Sammy.

NEXT PAGE: RORY SABBATINI HAS A NEW TATTOO & IT HAS A SPELLING ERROR...