PGA Tour: Players taking part in the Sony Open have been wearing purple ribbons in their headwear this week. Here is why... 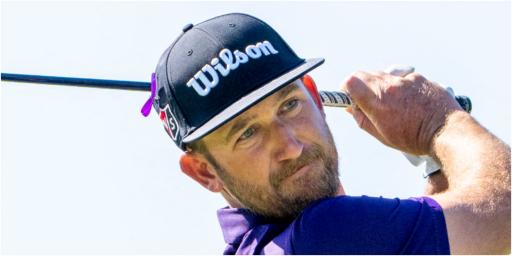 PGA Tour players are this week paying tribute to Tim Rosaforte, the legendary golf writer who died on Tuesday.

Rosaforte was only 66 years old and died after he with Alzheimers after a brief battle with the disease.

Thousands of tributes have flooded in for Rosaforte, who was widely loved, respected and admired.

Rory McIlroy and Phil Mickelson were just some of the game's top players who paid tribute to someone who worked tirelessly.

Always enjoyed my conversations with Tim. A great journalist but more importantly a kind hearted person who will be missed by many. My thoughts are with his family. https://t.co/joslCfGHw3

During his career, Rosaforte covered 125 majors and 17 Ryder Cups in total.

He was seen as someone who not only was always first to the story but was correct.

Rosaforte was described as "always working the phones" and was always one of the last members of the press to leave media tents.

He joined the Golf Channel in 2007 but appeared on our televisions in the mid 90s.

The Honda Classic, based in Palm Beach Gardens, also named their media centre after Rosaforte in 2021.