Viktor Hovland's driver arrived at the Sentry Tournament of Champions broken in half and he had more trouble in North Berwick this week. 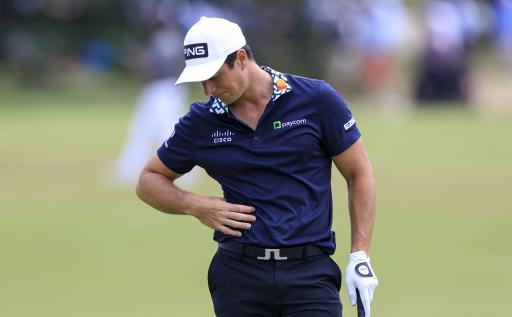 Viktor Hovland must hold his breath every time he walks into an airport's baggage reclaim as he has grown a reputation as the tour's unluckiest traveller.

As reported by Eurosport, Hovland's clubs hadn't arrived on Wednesday and his clothes hadn't arrived either. He flew to Scotland via Frankfurt where all his stuff still remained.

The 24-year-old is currently out on the course in the first round of the Genesis Scottish Open, and it is unclear as to whether his clubs arrived on time or not.

Hovland was grouped with World No.1 Scottie Scheffler and former World No.1 Jon Rahm for the first two rounds at The Renaissance Club.

Related: Tiger Woods chats to Jon Rahm at JP McManus Pro-Am - but what did they say?

A tricky course in tough conditions could be made even trickier if he hasn't got his own clubs to play with. According to reports, there is a PING truck on-site in North Berwick which can provide him with a similar set of sticks.

Back in January, the young Norwegian arrived at the Sentry Tournament of Champions in Hawaii and he didn't receive his clubs until the day before the first round.

When they did eventually arrive, his driver was snapped in half. It makes you wonder what such a talented golfer has done to constantly suffer such bad luck.

Despite winning his third PGA Tour title at the World Wide Technology Championship at Mayakoba earlier this season, he has only made four top-10s in 16 starts.

He hasn't made a top-10 since The Players Championship back in March, but you'd like to think this is a small blip in what could still be a great season.

Next Page: Ian Poulter on LIV Golf animosity: "Nobody has said anything to my face"