Viktor Hovland: What's in the bag of the new World No.3?

Viktor Hovland beat Richard Bland in a sudden-death playoff on Sunday to win the Slync.io Dubai Desert Classic at the Emirates Golf Club. 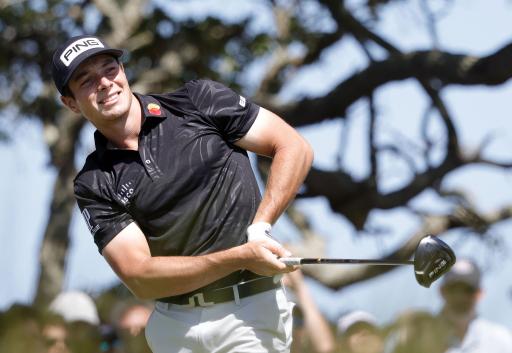 Viktor Hovland is on a steep upward trajectory in his career right now. His win at the Slync.io Dubai Desert Classic was his third victory in his last five starts.

He is now ranked third in the world with just Jon Rahm and Collin Morikawa ranked higher. Rahm finished second at the Farmers Insurance Open on Saturday.

The way Hovland reached 12-under-par at the end of his final round at the Emirates Golf Club was incredible. To finish with two birdies and an eagle when you are four shots adrift is a world-class effort.

You could argue the young Norwegian became the pantomime villain when he tapped in to beat Richard Bland in the playoff, as the Englishman has touched the hearts of so many golf fans in recent months.

RELATED: SHOULD THE PGA TOUR MOVE FROM WEDNESDAY TO SATURDAY ON A REGULAR BASIS?

But Hovland is becoming a fierce competitor. He has now won twice on the DP World Tour and three times on the PGA Tour. 2022 could turn into a monumental year for the 24-year-old.