Collin Morikawa: What's in his bag at the 2021 Open Championship?

Collin Morikawa is enjoying his first-ever appearance at the Open Championship, but what clubs does he have in his bag this week? 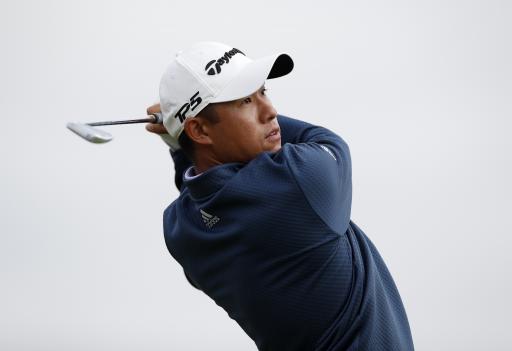 Collin Morikawa has stormed into the lead during the second round of the Open Championship on what is the American's first appearance at the tournament.

Morikawa's rise to golf stardom has been unprecedented and although he won the 2020 PGA Championship, his very best days could still be yet to come.

The 24-year-old carded a superb round of 6-under 64 on day two to hit the front at The Open.

It would be Morikawa's most impressive feat yet if he was to lift the Claret Jug on Sunday afternoon, as it would show he can conquer any type of golf course.

'We might have a new leader in a matter of minutes'

Collin Morikawa turns in 31 after this stunning approach to 9.

The man from California has been very consistent on the PGA Tour this season with seven top-10 finishes in his last 18 events, including a win at the Workday Championship at The Concession.

Following an impressive amateur career, Morikawa signed a multi-year contract with TaylorMade in 2019 and joined their starstudded roster of PGA Tour players.

The four-time PGA Tour winner is clearly at home with his clubs, so we have provided a list below of his full bag that he has this week at the Open Championship.

Collin Morikawa - What's in the bag?

NEXT PAGE: A DAY IN THE LIFE OF A COURSE MARSHAL AT THE OPEN CHAMPIONSHIP