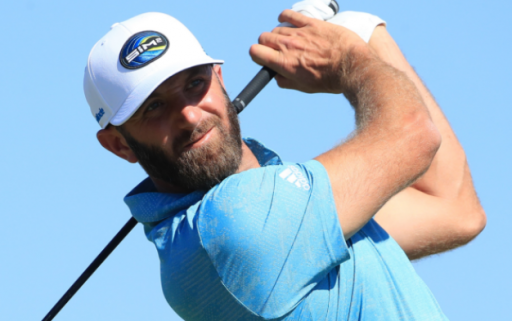 Dustin Johnson switched back to the original TaylorMade SIM driver en route to landing his second Saudi International title in three years on the European Tour.

Johnson, 36, posted a final-round 68 to finish the week on 16-under par and two strokes clear of Justin Rose and Tony Finau at Royal Greens Golf & Country Club. The win marks Johnson's third in his last eight worldwide starts, and continues to cement his position as a dominant World No.1 in the game.

Remember everything you're told about keeping your head still...

The big change to Johnson's bag in Saudi Arabia this week was a decision to revert back to his original TaylorMade SIM driver of last year. Johnson had been using the new TaylorMade SIM2 driver when finishing tied 11th at the Sentry Tournament of Champions several weeks ago on the PGA Tour.

According to reports, the short-term move back into the original SIM driver was simply a result of the American needing some more time to test out the SIM2 driver.

DJ’s not afraid to go LOW. He captures his first win of the season and second #SaudiIntlGolf title after shooting 67-64-66-68! #SIM2fairway #TeamTaylorMade pic.twitter.com/jM2G0AoKYq

Johnson was involved in quite an unfortunate incident with his driver on Friday when he clattered his ball into a volunteer, who thankfully got up quickly without too much of an injury - WATCH HERE

DUSTIN JOHNSON: WHAT'S IN HIS BAG AT THE 2021 SAUDI INTERNATIONAL