Ewen Ferguson: What clubs did the Cobra Puma athlete use to claim first win?

This is the equipment Scotland's Ewen Ferguson, a Cobra Puma staffer, used to claim his maiden victory on the DP World Tour. 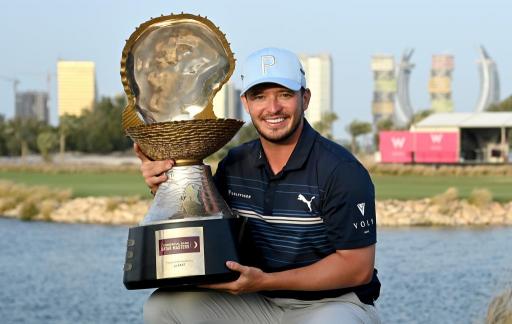 The 25-year-old Scot dedicated the win to his Mum on Mothering Sunday and he also thanked everyone else that made his dream of winning come true.

Ferguson managed to force his way to the top of the leaderboard come the end of play on Sunday at Doha Golf Club with an entertaining finish.

Overnight co-leaders Adrian Meronk and Matthew Jordan had shared the lead between them for most of the final round but then they began to struggle in the wind. Jordan also had his own problems.

Ferguson, produced a chip-in for eagle and also a birdie in his final three holes to card a closing round of 70 and earn him the one-stroke victory over Chase Hanna.

"That's for my mum. I know she'll be watching at home crying. Happy Mother's Day to all the mums, especially mine," he told the DP World Tour afterwards.

Ferguson enjoyed a stellar season on the Challenge Tour in 2020-21. He finished eighth on the Race to Mallorca rankings. He finished runner up on three occasions and also finished inside the top-10 three times.

More: Richard Bland on why he still uses a fairway wood from 2010