Joaquin Niemann: What's in the bag of the wire-to-wire PGA Tour winner?

Joaquin Niemann picked up his second PGA Tour win after completing an impressive two-shot victory at the Genesis Invitational. 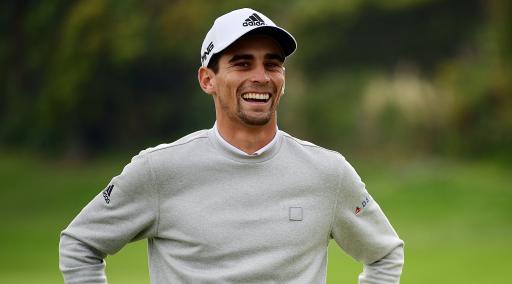 Joaquin Niemann finished at the top of a star-studded field at the Genesis Invitational, eventually winning by two shots ahead of Collin Morikawa and Cameron Young.

The impressive Chilean entered the final round at Riviera Country Club with a three-shot lead and he maintained a healthy advantage throughout the day, bouncing back from a bogey at the 7th hole with a birdie on the next.

Niemann delivered a sucker punch with a chip-in eagle on the par-5 11th hole. This took him to 21-under-par and six shots ahead of his opponents.

Morikawa and Young may have got to within two shots of the leader, but Niemann's level-par 71 delivered him his second win on the PGA Tour.

Niemann became the first wire-to-wire winner on tour since Nick Taylor at the 2020 AT&T Pebble Beach Pro-Am and the first to complete such a win at Riviera since 1969.

Adam Scott and Viktor Hovland finished five shots behind in a tie for fourth place and Justin Thomas was one shot further back on 13-under-par in sixth place.

Joaquin Niemann - What's in the bag?

NEXT PAGE: JUSTIN THOMAS SAYS HE SHOULD HAVE "JUST HIT" EMBARRASSED COLLIN MORIKAWA