Jon Rahm: What's in the bag of the new US Open champion 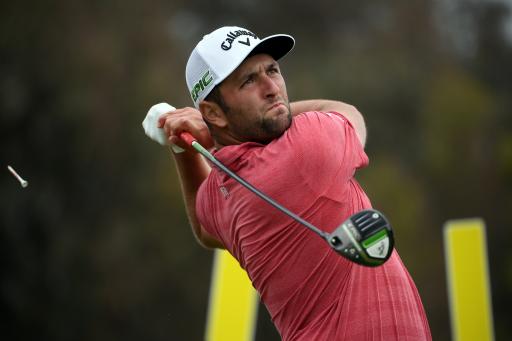 Jon Rahm captured his maiden major title at the US Open on Sunday, vaulting back to the top of the Official World Golf Rankings in the process.

Rahm, who becomes the first Spaniard to win the US Open, also lands consecutive major victories for his new manufacturer Callaway following Phil Mickelson's record-breaking triumph at the US PGA Championship last month.

After lifting the US Open trophy at Torrey Pines on Sunday evening, Rahm paid immediate tribute to his new Callaway equipment.

"The new ball and the new irons allow me to hit certain shots that I simply wasn't capable of before and it showed," said Rahm. "I need to say a huge thank you to the team at Callaway."

Rahm carded a superb 4-under 67 in the final round to prevail by one shot over Louis Oosthuizen on 6-under par.

Driver: Rahm has had the Epic Speed Driver in the bag since he joined Callaway in January. His gamer is 45 ¼” with 1” tipping and he drove the ball exceptionally well throughout the tournament at Torrey Pines. Epic Drivers have now won seven times on Tour this year, with the last two male major champions gaming the driver, with Rahm following Phil Mickelson’s historic win at the PGA Championship.

Golf Ball: Rahm plays the Chrome Soft X Ball, and he says that in addition to the ball speeds he gets with the driver, it gives him an advantage with superior control from 150 yards and in. This is Callaway's #1 Ball on Tour, and it's been on a serious winning streak, with Mickelson using Chrome Soft X Triple Track at the PGA Championship before Rahm’s victory at Torrey Pines.

Putter: Rahm has an Odyssey White Hot OG Rossie S Putter in the bag which he first used at The Memorial. It allows him to improve the takeaway so that he can be more aggressive and it certainly worked at the US Open, with two incredible birdie putts made on the last two holes.

Apparel: Rahm was dressed in TravisMathew apparel throughout his week at the US Open. The victory was perfect timing for the brand as the new TravisMathew website went live on Friday - take a look at it here