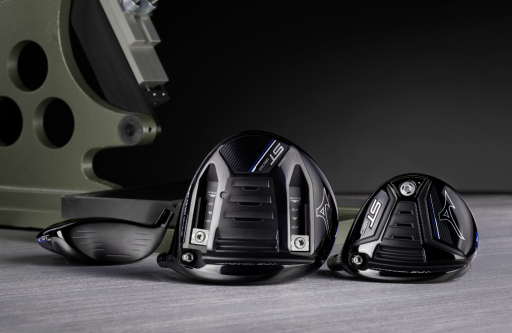 The Japanese golf giants has launched its new speed-engineered metalwoods for 2019 and Luke Donald has put it straight in his bag, ending his long relationship with the Mizuno JPX850.

The ST190 is designed for mid to low spin with maximum stability, and features a single, factory-fixed 6g backweight that adds 300gcm 2 MOI for added stability on off-centre strikes. The ST190G is engineered for low spin and offers intuitive FAST TRACK adjustability thanks to twin 7g weights on external tracks that can reduce spin by an additional 200rpm, allowing players to achieve heavy fade or
draw biases by placing the weights in one track.

The ST190 fairway woods are also speed-engineered and feature a carbon composite crown and amplified wave soleplate, this time allied to a deeper, high-energy HT1770 Maraging steel face. This deeper clubface flexes more like a driver, helping to maximise ball speed, while the ultra-lightweight carbon composite crown allows 4g of weight to be moved low within the clubhead, combining with the deeper clubface to deliver an efficient, low-spin ball flight.

The Amplified Wave Soleplate’s larger first wave creates a balance between stability and sweet spot height to provide effective off-centre forgiveness without excess backspin. Similar Harmonic Impact Technology to that found in the drivers generates a powerful, solid impact sound, fine-tuned through the study of vibration and soundwaves.

ST190 woods will be available at retail from February 2019. For further information or to find out more about Mizuno’s full range of golf equipment, apparel and accessories visit: golf.mizunoeurope.com.