A few months after revealing its first Downhill Control trolley, motocaddy rolls out another in its M-Series 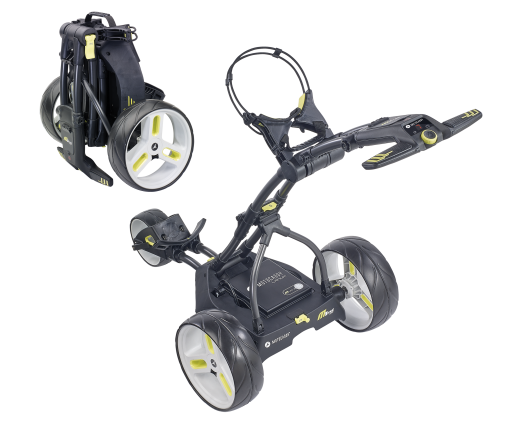 Motocaddy has unveiled a second Downhill Control trolley in the M1 Pro DHC.

The M1 Pro DHC has the same benefits as the M1 Pro, including the three-point folding system, but can also maintain a constant speed while moving downhill thanks to a single motor that offers downhill braking and an electronic parking brake.

Power output is changed automatically to control downhill speeds, while the parking brake holds the trolley in its position thanks to a solenoid system.

Focus on balance to improve ball striking... by GolfMagic

“As well as the obvious advantage of greater control on undulating golf courses, the downhill control function is very easy to use and the S1 version has been extremely well received by UK golfers,” said Sales Director Neil Parker.

“So much so, that we quickly made plans to apply the same level of sophistication to the M-Series range and we’re proud to offer two distinct models in the electric trolley market capable of tackling steep gradients with ease,” he added.

Additional features on the M1 Pro DHC include an integrated Accessory Station; Adjustable Distance Control (up to 50 yards); speed and battery indicators; handle height adjustment; compatibility with the Easilock bag-to- trolley connection system; and a quick-access device cradle designed to hold GPS units that can be charged via a USB port.

Motocaddy launched its first Downhill Control trolley a few months ago in the S1 DHC.