The new Titleist Pro V1 and Pro V1x golf balls appeared for the first time on the PGA Tour at the Sanderson Farms Championship. 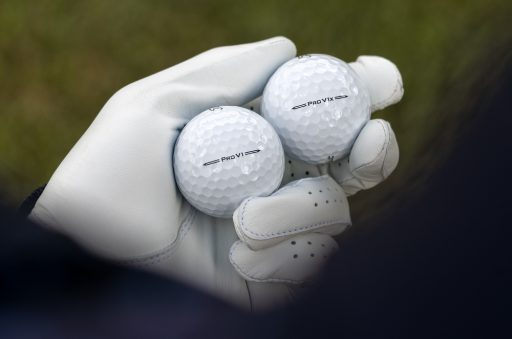 The brand-new Titleist Pro V1 and Pro V1x golf balls for 2023 debuted at the Sanderson Farms Championship on the PGA Tour last week.

The new golf balls from Titleist are seen as the next generation of the most trusted golf balls on the Tour and they were only meant to be unleashed at the Shriners Hospitals for Children Open this week.

Titleist reps received requests from players such as Garrick Higgo, M.J. Daffue and Gary Woodland to bring the ball forwards to the event at the Country Club of Jackson.

In fact, Daffue made an incredible hole-in-one on Thursday at the 182-yard par-3 4th hole. Higgo, a three-time winner on the DP World Tour, led the field in birdies with 24 as he finished one shot short of the playoff between Mackenzie Hughes and Sepp Straka.

These flagship models constructed by one of the game's most popular bands are used by over 72% of PGA Tour players and other worldwide tours.

Titleist Golf Ball R&D reps Fordie Pitts and Jeff Beyers will be working alongside players at the Shriners Hospitals for Children Open across all of the practice facilities.

"First thing I’ll always do is take them to the short game area. For me, that’s always the most important," Scheffler said.

"From there I’ll go to the range and just look at numbers, carry, stuff like that. I’ll then go out on the course and just start hitting shots. So same thing I do in the short game area, have a few of my balls, have a few of the new balls and just try and hit the same shot and see how the ball reacts, see what it does in the wind and just go from there.

"One shot that I’m always practising is when I take some off of it. I need to see that it’s still the same (distance) gaps between my full shot and when I’m taking some off of it. When I’m practising on the driving range, if I have a little mishit or if a shot doesn’t feel right... I usually have a really good feel for how far it actually carried.

"If my stock wedge is 140 and I’m trying to hit at 135, and maybe I catch a little bit off and I’m like, ‘man that really feels like 132,’ if it goes that distance, that’s really important to me. And that gives me a lot of faith in what that golf ball’s going to do."

The new Pro V1 and Pro V1x golf balls are the next best products Titleist has released for the 2023 season after the TSR drivers.