Canada's Mackenzie Hughes has reflected on the disappointment of not being selected for the Presidents Cup side after he claimed his second PGA Tour title. 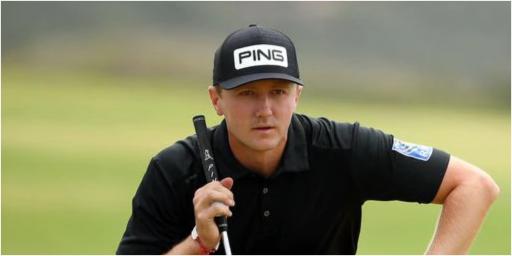 New PGA Tour winner Mackenzie Hughes admitted he was "disappointed" not to be selected for the International Presidents Cup side as he claimed the Sanderson Farms Championship in a playoff over Sepp Straka.

Canada's Hughes captured his second PGA Tour title - his first since 2016 - after starting the day at The Country Club of Jackson one shot off the leader Mark Hubbard, who revealed he had a peculiar injury this week.

Hughes, 31, got to 17-under par for the tournament. Straka, from Austria who is targeting a spot in the 2023 Ryder Cup side, had already set the clubhouse lead with his 67.

Both players headed to the 18th hole for the playoff where they each made pars. When they played the hole again, Hughes knocked his approach to approximately eight feet away.

Straka, 29, had a longer birdie attempt but it failed to drop. When Hughes stepped up, he began fist-pumping as the ball fell into the cup.

Burns, 26, who displayed a quick knowledge of the golf rules this week as he attempted to defend his title, finished in T-30 on 8-under par.

Asked if Hughes had any "extra fuel" this week after being overlooked - just like Ryan Fox - he admitted that he didn't think that was the right phrasing.

"I don't know if it's extra fuel, but it was disappointing -- I guess you would say it was fuel because I definitely worked a little harder after that and felt like that was a team I really, really badly wanted to be on, and I felt like I could have been a good help there," he said.

"I totally respected Trevor's [Immelman] decision to go the direction he went, and the team -- there wasn't a weak link on that team. There was 12 great players. They had a really tough opponent in the U.S.

"I still cheered like hell for them to pull it off.

"But I'm definitely motivated for Montreal, and I don't want to have to let that come to a captain's pick next time when that comes around."

Next up on the PGA Tour 2022-2023 schedule is the Shriners Children's Open at TPC Summerlin in Las Vegas.