Scottie Scheffler had a Nike VR Pro three-wood in his bag at Bay Hill and it helped him on his way to securing his second PGA Tour victory. 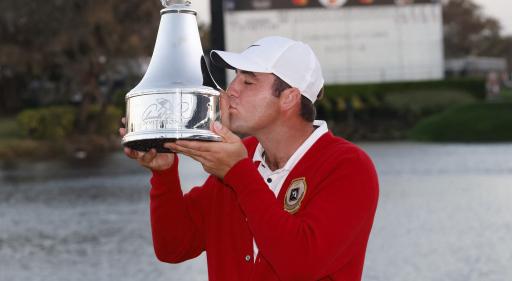 Scottie Scheffler used a limited edition three-wood in his bag to win the Arnold Palmer Invitational and his second PGA Tour title.

Scheffler, who has integrated the new TaylorMade Stealth Plus driver into his setup, still uses a Nike VR Pro three-wood which was first released in 2011.

The 25-year-old used the trusty club during his college years at the University of Texas and he carried it through to when he turned professional in 2018.

It is clearly still working as now Scheffler has won for the second time on the PGA Tour. His final round of level-par at Bay Hill was enough to secure a one-shot victory.

Tyrrell Hatton set a clubhouse lead of 4-under-par, but Gary Woodland surpassed this with an eagle at the 16th hole to reach 6-under-par. However, the former US Open champion double-bogeyed the 17th hole.

Related: Rory McIlroy stares down golf fan who ABUSED him in crowd at Bay Hill

Scheffler made a great par save at the 15th hole to remain on 5-under-par. He posted his score and survived birdie efforts from Billy Horschel and Viktor Hovland on the 72nd hole to force a playoff.