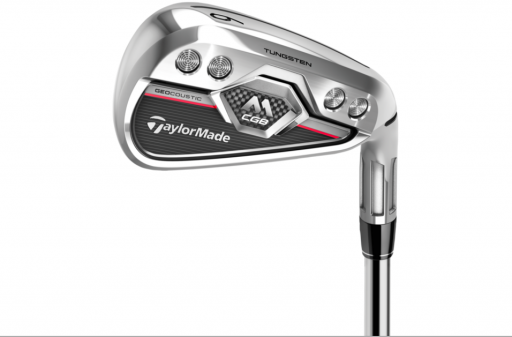 Boasting high COR, a low and back CG, the TaylorMade M CGB irons share many technologies used in the M1 and M2 irons.

"The CGB name is iconic and represents some of the longest and most forgiving irons we’ve ever created at TaylorMade. The concept has now been re-created with all our latest technology to bring never-before-seen performance to golfers of all skill levels," said Tomo Bystedt, Senior Director, Product Creation, Irons

Distance gapping is optimised by adjusting lofts in relation to the low CG, to emphasise higher peak height throughout the set. The M CGB reaches the highest peak flight of any TaylorMade iron since 2012.

While traditional game improvement irons have progressive COR that reaches closer to maximum in long irons, the M CGB has a consistent COR with every iron, for optimised launch conditions.

Each iron has four weight ports that house tungsten weights, moving mass to extremities and shifting CG low and back.

The inverted cone is off-centre for a draw bias, and a new Speed Pocket is said to provide more ball speed.