Wilson "confident" its changes to Triton driver will see it pass USGA's conforming list on December 19.

Wilson Staff has responded to details of its nonconforming new Triton driver models by making a series of adjustments to ensure they satisfy the USGA's concerns.

The company aired a series on the Golf Channel pitting hopeful club designers against each other in the autumn, with Eric Sillies taking home the $500,000 prize.

His invention was billed as the world's "most adjustable multi-piece driver" and employed dual sole plates for maximum launch, spin and distance.

However, the USGA slapped the product with a nonconforming tag in the 10.5 and 12-degree lofts, but the 9-degree version remains legal.

Wilson Staff has since responded by making a number of changes to its nonconforming models, in particular by removing the optional 12-gram weight from all Triton accessory kits, on top of modifying the driver's sole plates.

The changes have been submitted to the USGA this week, and Wilson Staff anticipates its new driver model will pass the USGA's updated conforming list on December 19, 2016.

Here's a look at the updated Triton driver model, with a statement from Wilson Staff below... 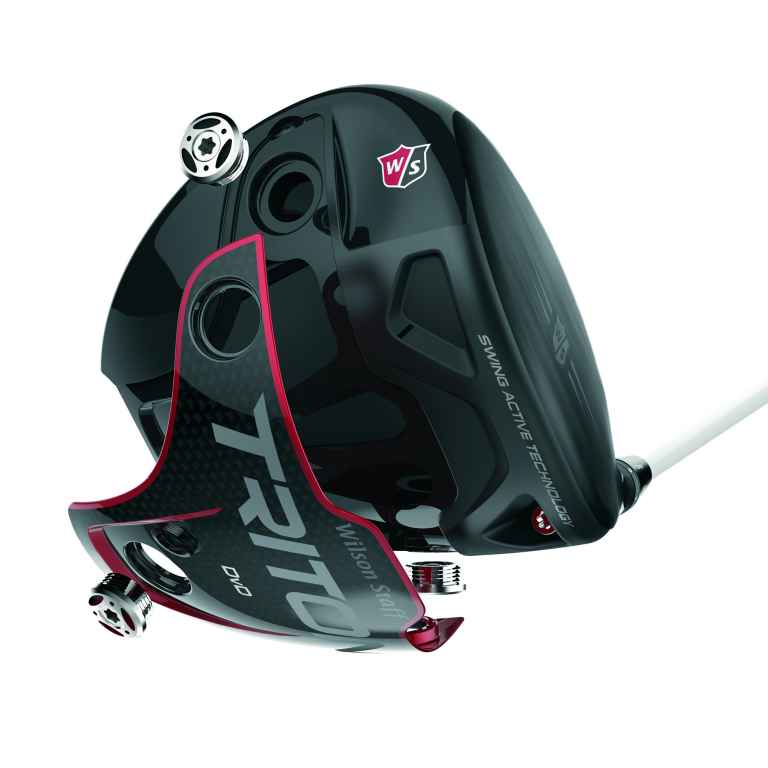 More than 18 months ago, Wilson Golf and Golf Channel set out to do something unprecedented in the golf industry.

We wanted to create an innovative, crowd-sourced golf driver through an engaging television series designed to open the game of golf to a broader audience and bring new and exciting ideas and products to fairways everywhere.

We saw Driver vs. Driver as a compelling way to educate golfers on how drivers are designed, developed and manufactured, with particular emphasis on how to create products that conform with the United States Golf Association (USGA) and Royal & Ancient (R&A) regulations.

The winning design of Driver vs. Driver, the Wilson Staff Triton, is the most adjustable multi piece driver ever introduced.

Professional and amateur player feedback on the Triton driver has been extraordinary. While a traditional product submission process would afford Wilson Golf and the USGA the opportunity to review a product several months prior to its commercial launch, the timeline for testing, modifying, manufacturing and shipping a final, comprehensive Wilson Staff Triton driver was compressed.

This shortened timeline was due to the nature and confidential format of the show. Since the time of our submission, we have worked closely with the USGA on its review of the Triton driver.

As an update, the USGA issued a conforming ruling on the 9-degree Wilson Staff Triton DVD on December 5.
This driver is our Wilson Staff Triton Tour model. We are excited to see it played on Tour starting in January.
For the Triton driver models that are currently available at retail, the USGA expressed concern with two features. It is important to emphasize that changes to these two features do not affect the playability of the driver.

The first feature is an aesthetic one that involves reducing the rear edge of the driver’s sole plates by a few millimeters. The USGA has assured us this small modification to the sole plates will bring all three lofts into conformity with its “Plain in Shape” Rule. Further, this small reduction is consistent with the sole plates of the Wilson Staff 9-degree Triton DVD model.

The second feature is related to the optional 12-gram weight in the 10.5 and 12-degree Triton driver accessory kits. In testing the driver with the maximum total of 24-grams of weight, with the optional 12-gram weight in the toe of the club, the USGA observed a CT (Characteristic Time) that was slightly above their allowable limits and testing tolerance.

It should be noted that this specific combination of the Titanium sole plate and this extreme weight configuration was not used in our evaluation of the Triton as it would have resulted in a heavy swing weight and a fade/slice bias.

While we are very disappointed in the USGA’s position on the Triton, doing what’s right for our players and their game comes first. As we are a global golf brand with a 100-year track record of only bringing conforming products to the market, we want to assure the Triton is not the exception, regardless of configuration.

Therefore, we will proactively remove the optional 12-gram weight from all Triton accessory kits. This action combined with the new modified sole plates will be submitted to the USGA for review this week.

We are confident that these modifications will satisfy the USGA’s concerns, and that the driver, across lofts, will be placed on the December 19 conforming list.

For players who have already purchased the Triton Driver, please visit www.wilson.com/Triton and register to be notified as soon as the Triton sole plate exchange program begins.

Beginning January 1, shipments of the Triton DVD Driver (featuring the new modified sole plates) will be available through Wilson Golf Authorized Dealers and on www.wilson.com.

We are excited that the Wilson Staff Triton will continue to be enjoyed by golfers at all levels of the game.
Innovation, creativity, and technology are the lifeblood of any high performance sport, and even more so with golf.

We want to encourage, and inject new thinking and new approaches when it comes to golf equipment, while being respectful and mindful of the standards that govern what we bring to the sport. Wilson Golf sees the Wilson Staff Triton DVD Driver as a great next step in our mission and in the modern game of golf.