Winner's bags: Take a look at the equipment used by Jon Rahm and Rory McIlroy

Take a look at the equipment used by Callaway's Jon Rahm and TaylorMade's Rory McIlroy at the DP World Tour Championship in Dubai. 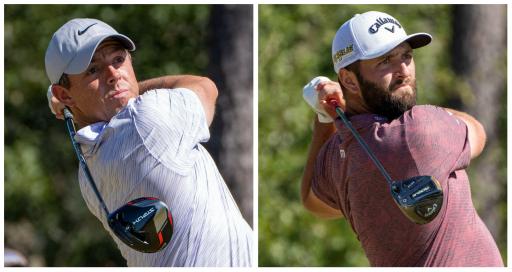 Jon Rahm secured a third DP World Tour Championship victory with a two-stroke win in Dubai as Rory McIlroy ended the season on top of the DP World Tour Rankings.

He had spent the earlier part of the week complaining about the situation regarding world ranking points, then doubled down immediately after victory.

As for McIlroy, he had a difference of opinion with Rahm.

DP World Tour chief executive Keith Pelley said he will take both of their thoughts to the next Official World Golf Ranking board meeting.

If you didn't know, McIlroy is a TaylorMade staff player. He signed with the OEM in 2017 and earlier this year penned a multi-year extension to his contract.

Rahm represents Callaway. He signed with the brand in 2021 and on his first year on staff he returned to the World No. 1 position with his first major win.

If you would like to scroll down, you can see ALL of the equipment Rahm and McIlroy used over the weekend.

Related: Why upgrading your irons every five years is an absolute must