Ten fairway woods from 2014 on review, but which is the best? 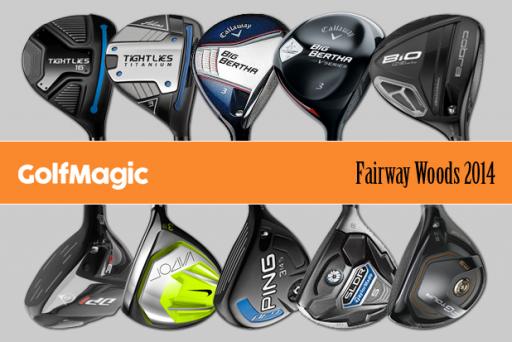 What Adams Golf says: The new Tight Lies Ti is a fairway wood that's really easy to use and gets your ball out of all types of situations. You'll notice it's not flat or curved on the bottom, it actually has a tri-level sole which works better than traditional fairway woods on a tight lie, a thick grassy lie, out of the sand, or even from a divot. You'll hit it high without even trying. That's because it's not as tall as other fairway woods, so it's easier to launch higher. The ball jumps off the club because of the two slots on top and bottom - the new crown slot features Ghost Slot Technology, because you can't really see the slot acting as a spring-loaded cannon.

Looks: Same low profile as before with an upside-down Tight Lies style, but as the name suggests, this one features a Titanium clubhead with a 75-gram steel plate to provide the lowest centre of gravity ever in an Adams fairway wood. In all honesty, two testers felt the sole plate made the club look a bit cheaper. Nevertheless, Ghost Slot Technology is once again hidden and the crown design appeals to the eye. No glare out in the sun, too. 3.75 (out of 5)

Feel: Two testers felt there was a little more of a 'muted' feel about this one. Nothing harsh, just not quite as 'pure' as the Tight Lies fairway before it. Ben thought it felt a little flimsy than some of the others. Very nice interaction between club face and lie, though. 7.5 (out of 10)

Performance: Once again, very powerful and easy to launch high with the low CG on offer. Certainly a little longer than the Tight Lies before it, but not quite as forgiving off the deck. All testers found it performed much better off a tee peg than the deck. 8.25 (out of 10)

Verdict: Given it costs £50 more than its brother, the Ti is a little disappointing given how impressive the Tight Lies was before it. Nevertheless, plenty of distance to be had out of it, it's a real bullet off a tee peg. All four testers agreed they preferred the feel and look of the standard Tight Lies though. 19.5 (out of 25)