2016 Masters champion Danny Willett has revealed how he prepares for each round he plays, and it has been met with a mixed reaction from golf fans. 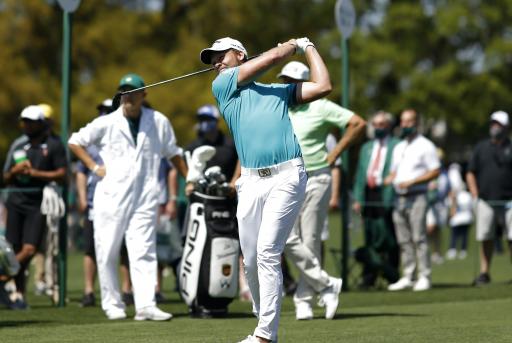 Danny Willett has revealed his pre-round warm-up routine which he goes through at each event he plays and it has provoked mixed comments among golf fans.

The man from Sheffield, who picked up his first major title at The Masters in 2016, revealed to the European Tour that he wakes up four hours before his tee-times, regardless of how early it is.

Upon arriving at the course, he will hit balls for roughly 70 minutes with a range of different clubs, including the club he plans to use on the first tee shot.

Part of this 70 minute period is also dedicated to putting and his short game, in order to fully prepare himself for the day ahead. Golf fans reacted with mixed views on social media:

"Am I actually reading people questioning a Masters Champion routine," one fan commented.

"And there's me just rocking up at the club straight from work 5 minutes before my tee time," another fan said.

"My back hurts thinking about practising putting for 20 mins," one fan said.

Willett has had a successful career on both the European and PGA Tours since he turned professional in 2008. The 33-year-old has won seven times on the European Tour and the best week of his career came in 2016, when he capitalised on a collapse by Jordan Spieth to win The Masters.

Willett is hosting the Betfred British Masters this week at the Belfry, which is a course that is fondly in the hearts of European golf fans.

NEXT PAGE: CAN RORY MCILROY AND JORDAN SPIETH INSPIRE OTHERS IN THE YEAR OF THE COMEBACK?