Johannes Veerman is a great price to win his second European Tour event of the season at the Dutch Open. 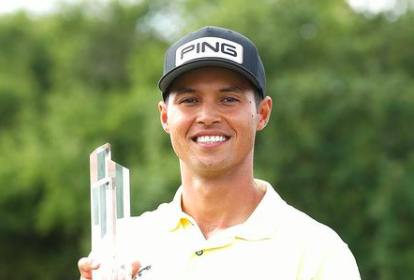 The Dutch Open, formerly the KLM Open, returns to Bernardus Golf in Cromvoirt this week and unfortunately, this was not played in 2020 due to the Covid-19 pandemic.

Sergio Garcia won the event by one shot from Nicolai Hojgaard in 2019, but the Spaniard is not in the field this year as he begins his preparations for the Ryder Cup.

The European side is a closed shop now but that does not mean to say that each player will not be doing their best to secure victory a week after the tour's flagship event at Wentworth.

The betting favourite is Thomas Pieters, who finished tied ninth at the BMW PGA Championship, but we believe another European and double-Dutch Open winner has a great chance this week, as well as the winner of the D+D Czech Masters.

Joost Luiten is a stalwart of the European Tour and his excellent play has helped him to win his home championship on two occasions, most recently in 2016 when he secured a three-stroke victory.

The six-time European Tour winner has been inconsistent this season, but he has achieved top-15 finishes at the D+D Czech Masters, the Porsche European Open and the Made in Himmerland.

Johannes Veerman secured his first win on the European Tour at the D+D Czech Masters and that has been a product of his impressive and improving play in 2021.

He has top-10 finishes at the Italian Open, the Irish Open and the Scottish Open this season, so his win in Prague was inevitable and I believe 22/1 is a great price for him to double his career tally.

Maverick Antcliff is a popular player in our betting selections, but this is because he is always overpriced.

The Aussie is always on the cusp of the top 10 on the European Tour, finishing in the top 30 at the D+D Czech Masters, the Irish Open and the ISPS HANDA World Invitational.

70/1 is a huge price for the World No. 277. His second-place finish at the Canary Islands Championship is clear evidence that he could be close to picking up his first European Tour victory.