Paulina Gretzky put a picture on her Instagram story of her leg in a black cast ahead of the Ryder Cup. 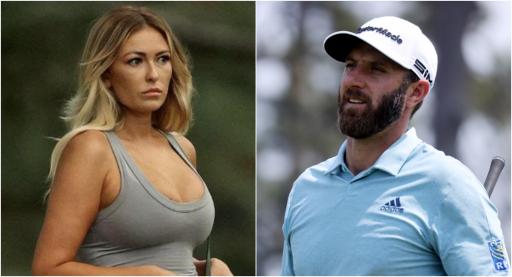 Paulina Gretzky seems to have seriously injured her leg ahead of the Ryder Cup at Whistling Straits which begins on September 24.

Gretzky was getting primed to support her fiancé Dustin Johnson at the famous tournament which America are trying to win for only the second time in six attempts.

She is often pictured supporting the former World No. 1 at PGA Tour events, but she may find that difficult to do now as she has her leg in a large, and what looks like a heavy cast.

Last week, the famous pair were spotted at a boat party, looking to have a great time. It is unclear as to how or when Gretzky sustained her injury.

She posted a picture of her leg on her Instagram story and she expressed her disappointment at hurting herself in the lead-up to the Ryder Cup.

The pair got engaged in 2013 shortly after they met and it has taken until 2021 for them to decide on a venue and a date for their wedding, but the date has not yet been revealed.

Gretzky told her fans on her Instagram story last month that they will get married at Blackberry Farm, a five-star resort in Walland, Tennessee, which has an attractive brewery and other great features.

The model, singer and actress also posted a picture on her Instagram page on August 17 with a group of friends at Vera Wang Bridal Services, dropping another hint that the wedding is getting nearer.