Popstar Niall Horan is the founder of Modest! Golf which is a management company that aims to work with events and support golfers throughout their career. 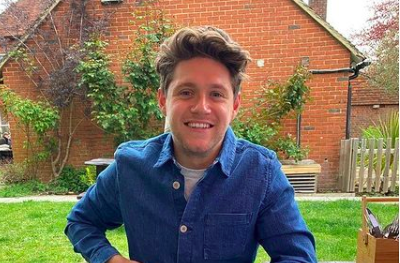 Global popstar and One Direction band member Niall Horan is one of the many celebrities teeing it up at the BMW PGA Championship Pro-Am at Wentworth today.

Horan joined a number of celebrities and figures from the sporting world such as Tom Holland, Shane Warne, Sir AP McCoy, Eddie Hearn and Kevin Pietersen.

The Irishman, who plays with a handicap of nine, is on a team with reigning BMW PGA Championship winner Tyrrell Hatton, Zoe Hardman and Harvey Kirkby.

Horan is the manager of Modest! Golf and it has been great to see their involvement throughout the European Tour season, most notably at the ISPS HANDA World Invitational in Northern Ireland.

Having also won the EDGA Cazoo Open, Horan was left extremely emotional when he embraced Lawlor after the event and when he gave his thoughts to the media.

Modest! Golf aim to form relationships with players and events in order to promote inclusivity and higher participation in the game.

Horan has also worked with 'Drive Chip Putt' events in America as well in order to inspire the next generation of youngsters to pick up the game of golf.

"I've sung in front of thousands of people, performed concerts all around the world, but when you hear your name called out on the first tee at Wentworth, and you step out in front of that crowd onto the tee box...it's nerve-wracking!" said Horan when he confirmed his place at the Pro-Am.

"We’ve done okay over the years though. I think we’ve won it twice and it’s pretty cool getting to play with the pros."

The BMW PGA Championship is the final chance for many players to convince European captain Padraig Harrington that they are worthy of a place at the Ryder Cup.

NEXT PAGE: RYDER CUP: NO PATRICK REED FOR USA AS STEVE STRICKER NAMES SIDE