The R&A Student Tour Series will include four championships that are played in Scotland, Ireland, Spain and Portugal. 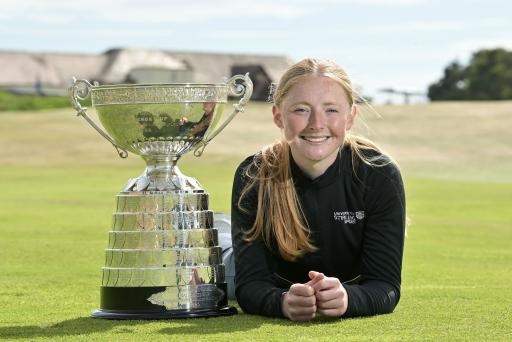 The R&A Student Tour Series is back underway for a second season with the first championship teeing off at the Fairmont St Andrews this week.

The Series will include four championships that will be played in Scotland, Ireland, Spain and Portugal at venues that have hosted The Open, Final Qualifying, LPGA and European Tour events.

Players who compete in two or more championships will earn points on the Series Order of Merit with the leaders progressing to the Tour Series Final to be held in St Andrews.

The Series was first launched in 2019 to provide student golfers throughout the UK and Europe with high-performance playing opportunities. It was not played in 2020 due to the Covid-19 pandemic.

Louise Duncan, a student at the University of Stirling, will compete in the Series after a memorable season in which she won the Women’s Amateur Championship and Smyth Salver as the leading amateur in the AIG Women’s Open.

An R&A scholar, Duncan competed in the 2019 R&A Student Tour Series, recording a course record three-under-par 69 at Troia in Portugal and was third on the order of merit before the Series was cancelled due to the pandemic.

The R&A Student Tour Series extends the support of student golf. Each year, almost £500,000 is invested in student and university golf through the R&A Foundation Scholars programme.

The R&A Students Tour Series schedule is as follows: