A Spanish newspaper has claimed the world number one has decided not to play the season finale event in Dubai. 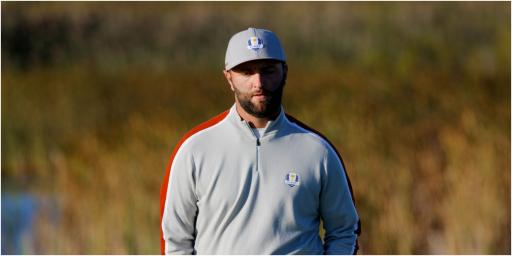 Jon Rahm has withdrawn from the season-ending DP World Tour Championship on the European Tour, according to a Spanish newspaper.

The world number one has reportedly decided to continue with his break from golf after an exhausting season which culminated in a Ryder Cup defeat and a poor showing at the Acciona Open de Espana.

A missed cut at the Estrella Damn Andalucia Masters followed and the Spaniard finally admitted that he needed to not play the game for a while. "This is the first time in my life that I don't want to see a golf club," he said after that tournament. It's been a demanding year for the Spaniard, who also welcomed the birth of his son Kepa with wife Kelley Cahill.

If true, it means that Rahm will not be able to claim his second Race to Dubai title. He won it 2019. The United States' Collin Morikawa is the current points leader. Billy Horschel is also in the mix.

Furthermore, the news will be bitter blow for the European Tour bosses who this week announced a rebranding to the DP World Tour from 2022. Rahm is a huge draw and will be a massive miss. Elsewhere, Justin Rose has reportedly decided to play the RSM Classic instead of playing the European Tour finale.

MORE: GOLFER SKIPS FENCE AND SOMERSAULTS AWAY FROM DOG

MORE: PHIL MICKELSON PROVES WHY HE IS A GOOD GUY

Now, it looks like we won't see Rahm for at least two-and-a-half months. He is likely to open 2022 with the Sentry Tournament of Champions. Rahm has not publicly announced anything on social media as of the time of writing.

This year was the year the Spaniard truly arrived. We have known of his qualities for a long time but he won his first major, the U.S. Open, in the summer with rounds of 69, 70, 72 and 67 at Torrey Pines.

He finished third at the Open, fifth in the Masters and eighth at the PGA Championship where Phil Mickelson rolled back the years in Kiawah. He was likely to have won the Memorial but a positive test for coronavirus forced him to withdraw with a six-shot lead through 54 holes.

NEXT PAGE: TIGER WOODS IS A SARCASTIC A**HOLE, SAYS JT