We have reached the finale of the European Tour season and a strong field will compete to win the DP World Tour Championship. 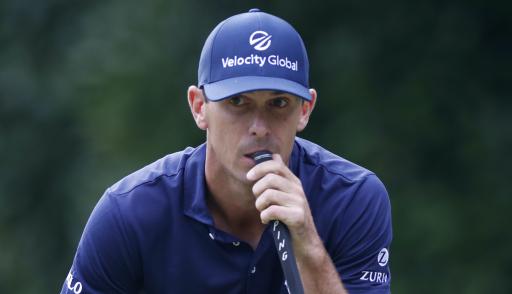 The end of the Race to Dubai is one of the most exciting weeks of the European Tour season, but this week it will be more significant than ever.

At the start of the 2022 season, it will be rebranded as the DP World Tour with a schedule amounting to $200 million in prize money and 47 events in 27 different countries.

But for now, let's focus on the DP World Tour Championship and Matthew Fitzpatrick is back to defend his title from last season. He finished one shot ahead of Lee Westwood, but Westwood ultimately won the Race to Dubai.

Americans such as Billy Horschel, Will Zalatoris and the Race to Dubai No.1 Collin Morikawa are in the field at the Earth Course this week too.

Golf fans were disappointed by the news that Jon Rahm withdrew from the tournament to continue his rest period. Nonetheless, it is set to be an exciting finale to the season.

Take a look at who we think will win the DP World Tour Championship:

Matthew Fitzpatrick won his seventh European Tour title at the Andalucia Masters in October, which is one of his most impressive performances to date.

The World No. 28 always brings his A-game to the Middle East too. He has won this tournament twice and he arrives off the back of appearances in Bermuda and Mexico on the PGA Tour.

The man from Sheffield likes the Earth Course and in 2021, he has beaten the tour average for greens in regulation and driving accuracy. He is a picture of consistency.

Billy Horschel has a soft spot for the European Tour and he showed this when he won the BMW PGA Championship at Wentworth in December.

He is a FedEx Cup winner and a six-time winner on the PGA Tour. He is also ranked second in the Race to Dubai rankings so he has plenty of motivation to have a good week.

Horschel has the pedigree and experience to win the DP World Tour Championship and 28/1 is a huge price for the 34-year-old.

It defies logic that Laurie Canter has not won on the European Tour yet. He has made the top five in three of his last five tournaments, including a tied-second place finish at the BMW PGA Championship.

He is ranked 12th in greens in regulation on the European Tour and in the top 50 of stroke average. If there is one person who deserves a win this week in Dubai, it is Laurie Canter.

NEXT PAGE: RICK SHIELS DREAMS OF A TIGER WOODS VIDEO, EVEN IF HE'S JUST CLEANING HIS CLUBS