Following Jon Rahm's withdrawal from the DP World Tour Championship, there is an exclusive group of players who can win the Race to Dubai this week. 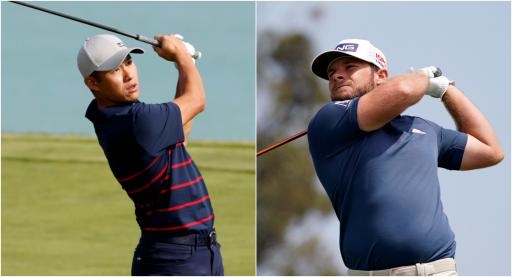 The Race to Dubai has been won by some of the best players to pick up a golf club in the modern era. Rory McIlroy has won it three times, as has Lee Westwood and Henrik Stenson has won it twice.

Collin Morikawa currently leads the way in the rankings after picking up victories at The Open Championship and the Workday Championship.

Billy Horschel completes the American domination in second place. He won the BMW PGA Championship at Wentworth in September and also the Dell Technologies Match Play in March.

Jon Rahm, the winner of the US Open and six PGA Tour titles, has withdrawn from the event in the Middle East this week, so Paul Casey in seventh place in the standings has had his chances boosted.

Tyrrell Hatton is currently ranked fourth in the standings after another solid season. The fiery Englishman came second at the 2016 DP World Tour Championship to Matthew Fitzpatrick.

Fitzpatrick won his seventh European Tour title at the Andalucia Masters and he will need to win his third DP World Tour Championship on the Earth course if he is to win the Race to Dubai.

So the current rankings are as follows:

Morikawa is one of two players who can guarantee top spot on the points list with a victory. He could finish at the bottom of the leaderboard and still win it, providing Horschel finishes outside of the top nine, and none of the other contenders wins.

Horschel can finish as low as outright eighth on Jumeirah Golf Estates and still win the race, if Morikawa comes last.

Fitzpatrick can win the grand prize if he wins the event again and if Morikawa is outside of the top nine and Horschel is worse than fifth.

Finally, Casey can win the Race to Dubai if Morikawa finishes outside the top 12 and Horschel is sixth or worse.

Rory McIlroy
jon rahm
collin morikawa
Billy Horschel
Race to Dubai
Previous
COP26: A sense of GUILT led to Rory McIlroy going carbon neutral with schedule
Next
Golf Betting Tips: Could this 90/1 SHOT cause a shock at the RSM Classic?