Billy Horschel believes that smaller fields and less prize money for lower-placed players will bring out the stronger competition on the PGA Tour. 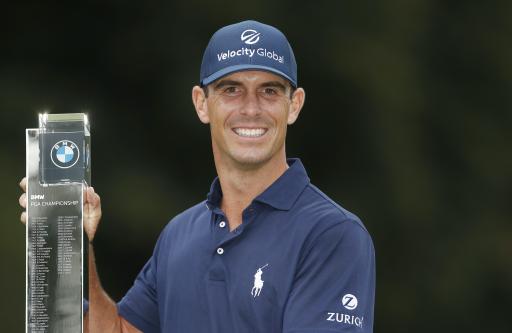 Billy Horschel believes that 'handouts' should not be given to players who consistently finish low on PGA Tour leaderboards.

Without aiming his views at certain players, Horschel suggested that the top 30 or 40 players at an event should get a higher cut of the tournament purse and anyone lower than that should be rewarded less.

The former FedEx Cup champion also believes that fewer PGA Tour cards should be distributed in order to have smaller fields of players pushing themselves to be the best.

"It does sound harsh. It sounds like I'm trying to maybe attack the guys lower on tour, but I'm not. But I’m asking: ‘Are you doing everything you can to be the best player you can?" said Horschel, speaking ahead of the DP World Tour Championship.

RELATED: "IT'S ONLY HARDENED MY DISAPPROVAL": RORY MCILROY SAYS OF GREG NORMAN'S VENTURES

"If you aren't, we shouldn't just be giving you handouts because you got your PGA Tour card and you're not making as much as some other guys.

"We should make the tour more competitive. We would change the way the money pays out where the top 30, 40 guys get paid a lot of money and then you don't get paid as much down below, so it really pushes guys to really do everything they can to be the best player they can be.

The six-time PGA Tour winner is currently ranked at number 20 in the world and he came tied ninth at the Tour Championship at the end of the season.

Horschel couldn't have been happier to win the BMW PGA Championship in September which followed up his victory at the Dell Technologies Match Play earlier in the season.

He is one of only six players who can win the Race to Dubai this week. Currently, Horschel can win the season-long title if he finishes eighth on his own and Collin Morikawa finishes last.

"To be here and experience this amazing place is pretty cool. And to be here and have a chance to win the DP World Tour Championship is something as a kid I didn't dream about or even imagine," Horschel added.

"But it's great to be here. It's a big golf course. It's exactly what I've seen on TV. If you're in control of your golf ball, this course lends itself to some low scores.

"If you have really good control of your golf ball, you can hit a lot of really close shots inside 10, 15 feet and even some tap-ins. I understand now why the scores have been so low here in the past."